Fashion for Amazon: mobilize to regenerate

Amazon is the largest tropical rainforest in the world: it concentrates the largest river basin on the planet, in addition to 2.500 tree species and 30.000 other plants, where 60% of its territory is in Brazil. In addition to its enormous natural wealth, the biome is rich in culture and ancestry through natural medicine, weaving, cooking and oral traditions. The native people own plots of land that are fundamental to the preservation and balance of the forest.

Fashion, as a crucial system of society and industry – that uses innumerable natural and human resources – has great relations with the territory. Art, culture and craftwork can intersect in the daily lives of indigenous peoples, where clothing manifestations are many, and tell a story of resistance and celebrate the origins of the earth. However, these relations also happened in a negative way: since 1988, 48.2 million Amazonian hectares have been deforested for cattle raising, which is almost twice the length of the United Kingdom.

In other words, livestock is a market that also drives fashion: those animals are not only for meat production and consumption, but also for leather. The tannery sector in Brazil sold, only in July this year, $ 84.2 million to other countries. In addition to its production being linked to deforestation, it also uses corrosive chromium – chemical that can contaminate water and soil.

In front of that scenario, fashion can have a huge power in preservation and regeneration of Amazon.That is why we present the campaign Fashion for Amazon: a partnership between reNature and Fashion Revolution Brasil, that foments sensibilization and information about the impact of fashion market in forests. The action inspires people and companies to connect to forests through fashion power, and regenerate
100,000 hectares of degraded land by 2025 through agroforestry.

During the next months there will be awareness campaigns, manifestations, letters of commitment to companies and donations to fund the implementation of agroforestry.

renature and Fashion Revolution Brasil believe that fashion have the power to inspire, communicate and transform.

Let’s use that power for Amazon together?!

I WANT TO DONATE 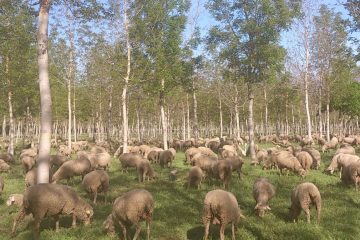 Farming is a risky business. Every year, farmers choose agricultural strategies which make a profit from the land. But it doesn’t always go their way – across the globe, from the UK to Thailand, farmers are living below Read more… 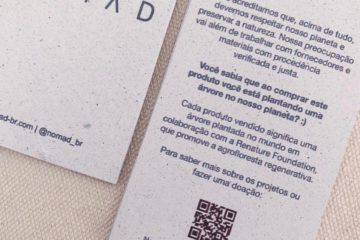 Many businesses want to have a positive impact on the planet or simply give back something green. Planting trees is a simple, clear option that comes to mind. But how effective is it really? Well, Read more…

“We need solutions on a large scale.”

THIS ARTICLE IS TRANSLATED FROM THE ORIGINAL ARTICLE BY SARAH OBERTREIS, FRANKFURTER ALLGEMEINE ZEITUNG (GERMAN) At the age of 26, Felipe Villela is already the founder of a foundation. He wants to revolutionize agriculture – with the Read more…

You can find out more about which cookies we are using or switch them off in settings.

This website uses cookies so that we can provide you with the best user experience possible. Cookie information is stored in your browser and performs functions such as recognising you when you return to our website and helping our team to understand which sections of the website you find most interesting and useful.

Strictly Necessary Cookie should be enabled at all times so that we can save your preferences for cookie settings.

If you disable this cookie, we will not be able to save your preferences. This means that every time you visit this website you will need to enable or disable cookies again.

This website uses HubSpot to collect information such as the number of visits to the site, and the most popular pages.

Please enable Strictly Necessary Cookies first so that we can save your preferences!