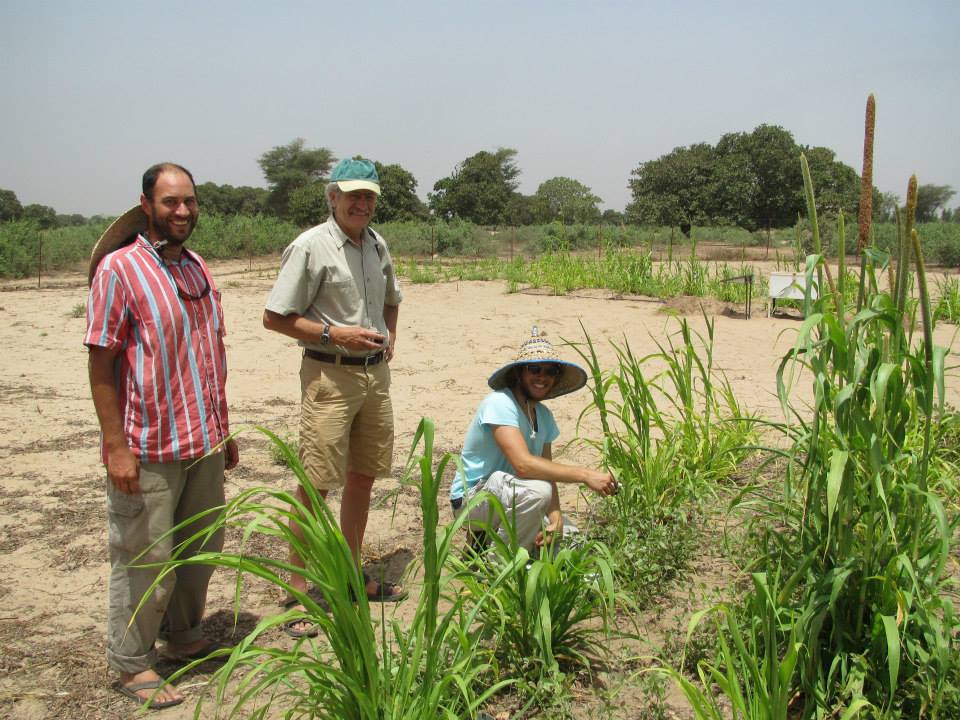 The UN classifies half of the world’s farmland as degraded. Combine expanding populations, limited land resources and erratic weather patterns, and you have the perfect storm to undermine food security. It’s what the latest IPCC report calls a “risk” to humanity. Degradation is reducing the planet’s ability to sustain us. Soon there won’t be enough fertile land to grow the food we and our children need.

“How did this happen?” I hear you ask…

Picture a maize field. Golden crowns and green stems standing to attention. 1,000s of identical plants stretching for miles. It might look healthy enough, but such a system of planting one species in a monoculture severely impacts farmland.

Maize plants are identical. Each individual plant is in direct competition with its companions for resources. Their canopies struggle with each other to take in sunlight while, below ground, their roots fight to absorb nutrients. The uniformity of a maize field makes it easy for pests and parasites to spread. If a couple of hungry critters arrive, there’s a feast in front of them.

Such a system depends on chemicals to make crops grow and overtime this degrades land. Fertile soils are being lost 100 times faster than formed and desertification grows each year. We have to start farming smarter.

Now imagine a forest: all kinds of plant species growing in what seems like a jumble. At first glance, the trees and shrubs and plants are in one huge competition for light and resources. Which some of them are. But look closely, and you’ll see that many of the plants are in a symbiotic relationship.

Their roots connect underground in woody-commerce to trade and exchange nutrients – like all good traders, they bring different products to market. And as leaves fall and plants die, they transform into rich soil to add to a self-sustaining system. A forest’s power is in the diversity of its plant species.

Farmers can boost yields and improve crop resilience when they observe nature’s lessons. Agriculture doesn’t have to rely on chemicals, instead, we can choose to farm in nature’s image. This method is growing traction and in its simplest form, it’s known as Companion Planting.

Companion planting combines two or more plant species into a farming system. By selecting the right species to cultivate together, you take advantage of the abilities they offer. Some plants absorb nitrogen from the atmosphere and fertilise the soil in a process called “nitrogen fixation”. Others block sunlight with their big leaves to prevent weeds from growing and allow soil to retain moisture.

Intercropping prevents pests from taking hold: cultivating celery with cauliflower discourages the white-cabbage moth; borage, a herb known as starflower, deters hornworms from attacking strawberries while attracting honey bees. Just like a forest, the strength of companion planting lies in its diversity.

Plants grow to various heights to capture light at different angles and their roots utilise water and nutrients at different depths. By companion planting, different species occupy the same space, without getting in each other’s way.

Companion planting is used both by the amateur gardener and at the forefront of agricultural innovation. But it’s not new; companion planting’s most famous technique was being developed 4,000 years ago.

The Three Sisters: an ancient partnership

Early American farmers understood the power of plant diversity. Through observation and experimentation, these ancient farmers cultivated three staples: squash, beans and maize in a system known as “The Three Sisters”.

But how do three crops benefit each other in a simple and effective partnership? Let’s start from the bottom.

Squash spreads out along the ground with big leaves; blocking sunlight and preventing weeds from growing. The shading leaves create a cool climate that boosts healthy soils. But that’s not all – along the stem, a squash has prickly hairs, perfect for keeping pests away.

Maize towers above the squash’s leaves and out of competition. The tall stem provides a “natural pole”, perfect for any climbers. The vining beans take advantage of the support and while they grow, they absorb nitrogen from the atmosphere and fix it into the soil, creating a rich, healthy foundation for the system.

“The Three Sisters” spread throughout the Americas. And as new cultures adopted the technique, they developed a mythology about its origin, with the common theme that the sisters are stronger together than apart.

Scaling up the system: farming with trees

Companion planting is not limited to vegetables and crops, it’s most effective when scaled to tree-level. This is generally called agroforestry and involves planting trees and shrubs as boundaries or lines within food growing systems. Simply put: it’s farming with trees. Applying the right knowledge on the interaction between crops and trees benefits farmers worldwide.

According to World Agroforestry, poor soil is the main driver of food insecurity. Fertilizer trees solve this problem. They capture nitrogen from the air and transfer it to the soil through their roots or fallen leaves. This creates nutrient-rich and healthy soils, just like an organic compost. One such tree, Faidherbia albida, is used by maize farmers across Malawi, Tanzania and Zambia to double yields. And because trees always produce natural fertilizer, there’s no need to spend money on harmful chemicals. Bargain!

Trees and shrubs have much deeper root systems than crops. This brings water and nutrients to the surface to be shared with nearby plants. In West Africa, some tough shrubs are actively planted side-by-side with millet. Recent research shows this boosts production by 900% and reduces planting to harvest by 15 days. It’s an essential partnership for farmers where food insecurity and droughts are common.

Protection against the elements

In the tropics, farmers take advantage of the cool temperatures and microclimates that tree canopies provide. Cultivating in shade enhances coffee quality and in Indonesia, farmers report up to 300% improved yields when growing vegetables under trees. In windier climates, trees are planted as windbreaks to prevent crops from being blown over. And trees bind the soil together, reducing the effects of soil erosion and preventing landslides.

A safe haven for pollinators

Thirty-five percent of the world’s food crops depend on pollinators. Bees, butterflies and other insects and animals all play a role in putting food on your table. But habitat destruction and the widespread use of pesticides have led to a rapid decline in pollinator numbers. It’s a major threat to food production worldwide.

Trees are a perfect pit-stop for busy pollinators. Each individual tree has 1,000s of flowers. Planting a diversity of trees, like Limes, Sycamore, Cherries and Apple, leads to blooming in different months. Giving pollinators a supply of nectar throughout the flowering season.

In a nutshell, companion planting allows crops to grow to their full potential. But if you’re still not convinced about the value of farming with trees, let’s take a look at the extra-economic benefits.

A non-timber forest product is something which you harvest from a tree without cutting it down. Fruit and berries are sold whole or made into products like jam. Beekeeping provides income from selling honey and beeswax; creating sustainable livelihoods. You can gather wood fuel by pruning tree branches in a process called pollarding. And other products like nuts, thatching materials, natural dyes, mushrooms and medicines, are all harvested from trees.

So let’s move away from farming with a handful of species in clone-like, monoculture systems and embrace the power of plant diversity. When we farm in nature’s image, we can create intelligent, food production systems that are self-sustaining, regenerative and drought-resilient. And in an era of growing populations, land scarcity, climate uncertainty and food insecurity, the time to start is now.