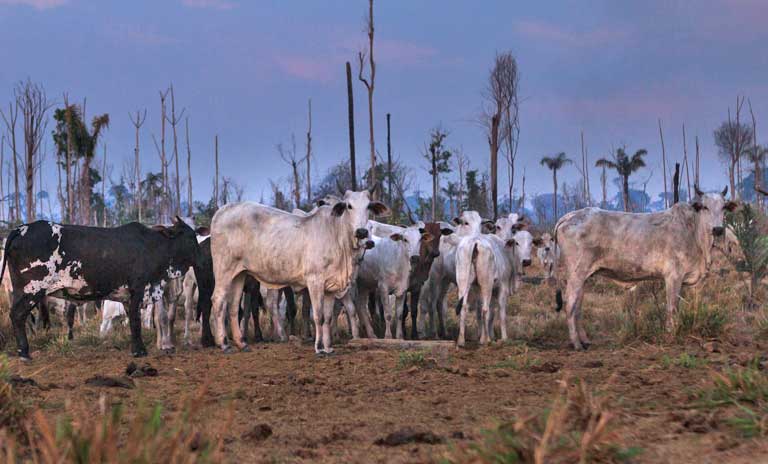 How cattle can save the Amazon

Right now, the world is watching in horror as images of huge swathes of the Amazon ablaze are broadcast on media channels across the globe.

After a decade of stricter regulation and increased protection, deforestation in the Amazon is on the rise yet again. Ranchers, farmers and loggers are being encouraged to light fires and clear forests. For many, the Amazon rainforest and its people should be protected at all costs, but for the Brazilian government, trees are an obstacle to economic growth. And for the world’s largest beef exporter, conversion of forest into pasture land is only set to intensify.

Scientists warn that the Amazon is close to reaching a “tipping point”. Soon it will lose the ability to recycle water and won’t be able to sustain itself as a rainforest ecosystem. Essential environmental services like carbon storage, water filtration and rain production will be lost with devastating global consequences. Some impacts are already clear: between 2014-2017 Brazil experienced the worst drought since 1980 while Sao Paolo is currently in a water crisis. The rest of the world is likely to feel the knock-on effects as widespread deforestation increases the impacts of climate change.

Cattle ranching is responsible for 80% of deforestation in the Amazon. Clearing forest for cattle releases 340million tons of carbon every year – equivalent to 3.4% of global emissions. It puts ecosystems at risk and the continuation of conventional livestock practices is a grave threat to both the Amazon and other forests worldwide.

But with a different approach, beef production could be part of the solution. Smarter and more efficient farming would generate enough beef to satisfy hungry markets and reduce the need to further clear forests. All this, while creating rich landscapes, improving soil fertility and laying the foundations for strong and sustainable economic growth.

It’s the how not the cow

But inefficiency is rampant. A 2014 study showed that “inadequate pasture management” means that converted Amazon farmland is only used at 34% of its productive potential. It’s common practice for farmers to overload cleared land with too many cattle. This leads to overgrazing; preventing plant life from growing back and stripping the soil of nutrients. And because land degrades quickly, new forest areas are continuously converted as the agricultural frontier expands.

However, according to the 2014 study, Brazilian farmers would only need to increase productivity on the land to 50% to “meet demands for meat, crops, wood products and biofuels until at least 2040”. All without converting more natural ecosystems to grazing land.

Think about that. By being a little bit more efficient and meeting just half of the land’s potential productivity, Brazilian farmers could feed a growing population, rear healthier livestock, increase the quality of meat and mitigate 14.3 Gigatons CO2. This would make livestock farming go beyond carbon neutral and become part of the climate change solution. That’s enormous potential and it does not include what can be achieved through restoration efforts. In fact, improved productivity would allow for a further 18 million hectares for Atlantic forest restoration “without impeding national agricultural expansion”.

But just how can we improve productivity and change current practices?

The answer could lie in something called silvopastoralism. Silvopastoralism is “a rotational grazing system that combines nutritious forage grasses, herbs, shrubs, and trees” to manage livestock in a landscape approach. Ranchers rear cattle within a diversity of plant life. Species high in protein and biomass – like White Leadtree, Mexican Sunflower and various grasses – provide livestock with nutritious fodder. This grounds beef production in the “efficient use of ecological processes” – creating productive and profitable systems which allow the land to recover, breathe and regenerate.

Mixing agroforestry and livestock allows ranchers to take advantage of plants without exploiting landscapes. Thriving trees, shrubs and grasses boost soil fertility, increase carbon storage and improve water filtration. The combination of different plant species means that livestock fodder is available throughout the year. Nutrition can be found in periods of drought and farmers no longer need to buy feed from external suppliers. Plant diversity creates safe havens for pollinators – critical to crop production. And ranchers can extend their income to include non-timber forest products like fruit, honey and wood fuel.

Silvopastoralism boosts cattle health and nutrition, making livestock management more productive and efficient. In the MAIS program – a climate-smart agricultural program – Brazilian farmers have increased dairy production and profits while cutting water use in half. Similarly, in Colombia, ranchers have seen their milk production rise up to 3 to 5L / day and their profits grow by 47%.

In tropical areas like the Amazon, lack of shade causes cattle to overheat. Cows take comfort from resting under tree canopies. So, incorporating trees into livestock management does not only increase dairy production but it enhances the quality of meat and animal welfare is greatly improved.

Instead of converting forest into pasture, trees and cattle become compatible in a rich, symbiotic farming system. The efficiency and ecological intelligence of silvopastoralism allow farmers to make land more productive. So even from an economical perspective, the benefits of agroforestry and livestock should drive the spread of improved pasture management like silvopastoralism.

How can we do it?

The introduction of practices like silvopastoralism must go hand in hand with a shift in perception. There needs to be a change in focus on cattle quantity to a holistic landscape-level approach. It requires training and spread of knowledge as well as long-term financing to support rural farmers.

It’s estimated that increasing the productivity of Brazil’s pastureland will cost a whopping $83 million USD. But looking at the bigger picture – deforestation costs $4.5 trillion USD each year due to loss of biodiversity and ecosystem services. So, any investment should consider the benefits that silvopastoralism bring to a local and global level. By implementing efficient and holistic livestock practices, we can stop further deforestation of the world’s rainforests while sustaining economic growth.

Instead of driving agricultural expansion, let’s blend ecological processes into beef production. Smart, efficient and science-based solutions can bring the best out of cattle and plant life to create healthy and sustainable food systems. Let’s become stewards not exploiters. Let’s stop burning our forests and continue to feed the world. 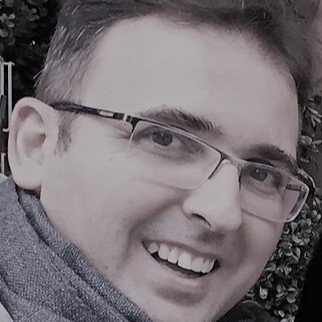 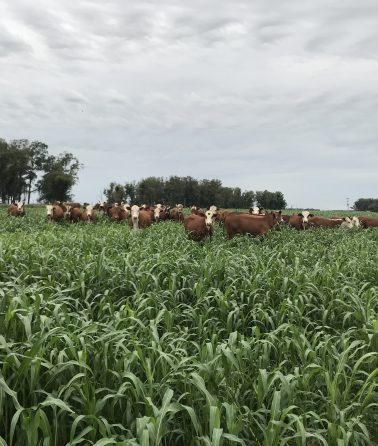