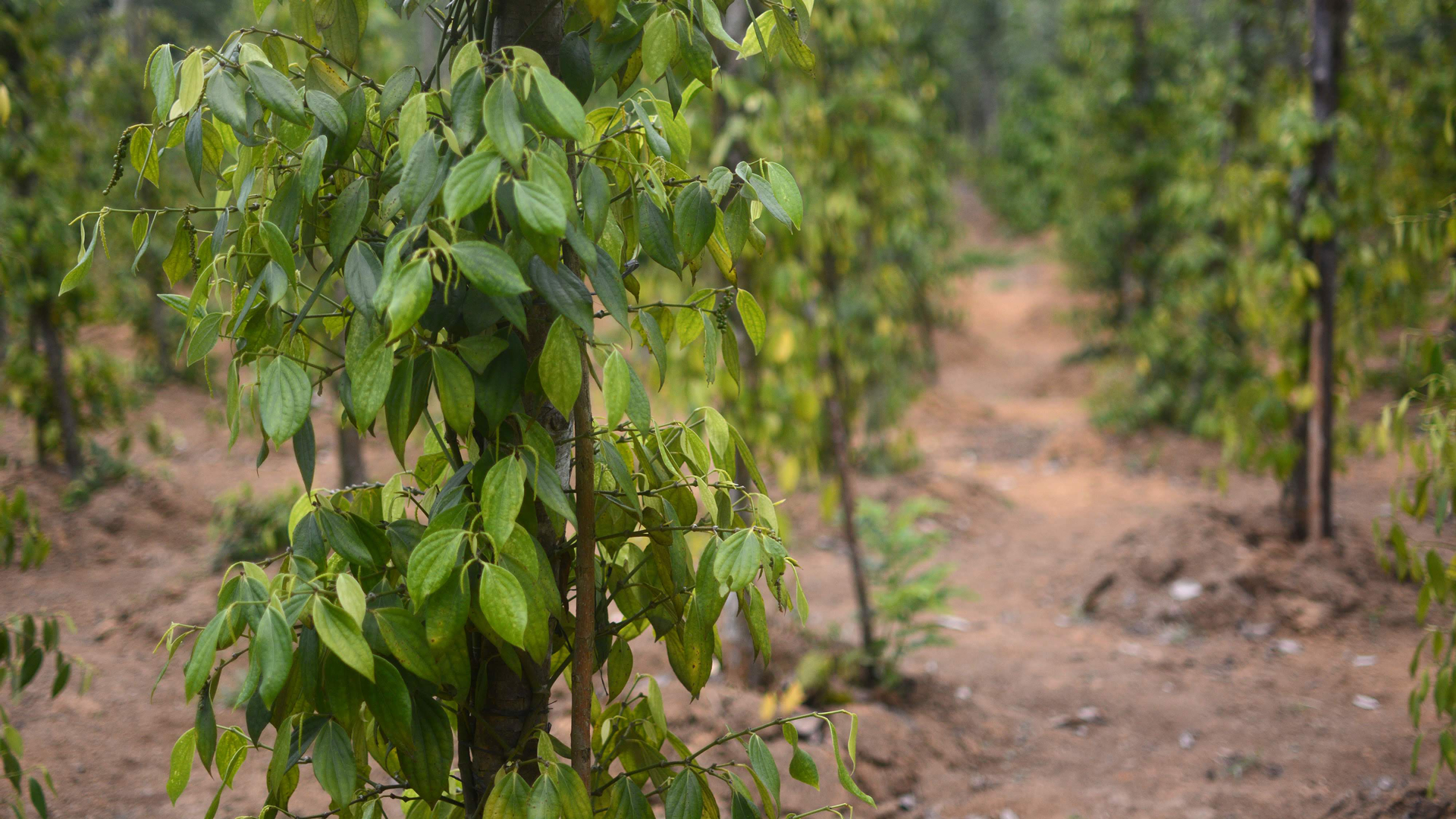 From tree-climbing vines like vanilla and pepper, to actual trees like cinnamon and nutmeg, many spices actually come from the forest. They are ideally suited for cultivation in an agroforestry system. Growing spices in this way can increase farm income, profitability and economic stability, while providing key benefits for future-oriented businesses throughout the supply chain.

Regenerative agroforestry is known for its environmental and social benefits and it has been used in some of the world’s largest restoration projects as an extensive system. But, when done right, it is also ideal for intensive production – farming focused on maximizing yields for profitability. Companies like Dutch spice importer Verstegen Spices are investing in it because it can be more productive and more profitable than conventional and monocrop agricultural practices.

“Intensive” production; a marriage between high productivity and sustainability

It is common to assume that “high productivity” and “sustainability” or “regeneration” do not go together. But this does not have to be the case.

Combining different tree crops in agroforestry systems can lead to more efficient use of the same space – because different crops make use of different resources and growing conditions. If crops can be combined to minimise competition between species and maximise their positive interactions, the productivity per unit of land increases: we can “intensify” production.

The model farm for white pepper designed by reNature for Verstegen Spices and their local partner PT CAN in Bangka, Indonesia, contains 25% fewer pepper (Piper nigrum) plants than a typical monoculture. But it also contains over 200 timber and fruit trees like durian, mango and avocado. Because the pepper is likely to benefit from interactions with the trees in the system, the combined production of pepper and fruit is expected to be greater than in monocultures.

Many spices are ideally suited to these sorts of systems. For example, the vanilla (Vanilla planifolia) vine thrives in a forest with shade, while cinnamon (Cinnamomum spp.) is a small tree that can be productive in the same conditions. We can therefore integrate higher trees and crops into spice plantations, or integrate spices as extra crops in non-spice plantations, like rubber. Thus creating a new ‘forest’ with multiple layers of canopy.

Providing income from the start

The idea is to increase the farmer’s total income overall through selling more than one product. However, it takes time before trees like durian, mango and avocado produce enough. Therefore short-term crops such as corn, pumpkin, banana and pineapple are mixed in between and can be sold in the first 3 years before the pepper matures. Where a monoculture pepper farm will only provide income after three years, this system is producing income from the first year.

Spices can also be mixed with tree crop plantations to provide income more quickly than in monocropping situations. For example, in rubber plantations, harvesting only begins after approximately 7 years. This leads to cash flow shortages and often forces farmers to maintain plantations for longer than their optimum productive lifespan.

Increasing profitability in the end

A high income is of no use if there is no profit at the end of the season. That’s why many “high productivity” conventional systems (large fields with only one crop) often leave farmers with just enough money to support their families. Labour, fertilisers and pesticides are the most significant costs that farmers face in today’s production. Year after year.

In Bangka, the white pepper production also depends on these yearly inputs. As a result, the amount of money returning to a farmer’s pocket is little compared to their overall income. The agroforestry system reduces dependency on these costs by building natural soil fertility and reducing pest pressures, saving the farmer money.

Ready for the climate change and price fluctuations

Agroforestry also reduces the impacts of extreme variations in weather, for instance, by helping to retain soil moisture during dry periods. This is important as climate change increases the intensity of extreme weather such as drought in spice-producing regions like Indonesia. Decreasing losses from these extremes can be a “make-or-break” for farmers economically.

Another benefit is that agroforestry can help farmers maintain income even in the face of price volatility. For example, as international pepper prices rise and fall, farmers’ income also increases or decreases dramatically. This uncertainty makes it impossible for farmers to rely on a single crop. Diversification means that even when pepper prices are low, income will still be generated through sale of fruit and other crops such as timber.

These many economic benefits not only help the farmer, but have important implications for businesses throughout spice supply chains. But rapid transition to agroforestry in agricultural systems takes considerable time, energy and financial investment. The economic advantages to the farmer are clear – but what is the business incentive for an off-taker to support these changes?

For a spice importer like Verstegen, supporting farmers for long-term productivity also secures the future of their business. Destructive conventional practices reduce pepper production over the long term, and make it more vulnerable to shocks. This has a direct impact on Verstegen’s supply of products. Investment in regenerative agroforestry greatly reduces this business risk, while also building long-term trusting relationships with farmers and local partners.

The long-term continuity of Verstegen’s business depends directly on their ability to source high-quality products into the future. Investment in agroforestry is not just a matter of social or environmental responsibility, it is a matter of future commercial viability.

Businesses like Verstegen can work together with farmers to change the face of spice production from economic uncertainty to an industry that supports livelihoods and thriving rural economies. An important action that benefits all.