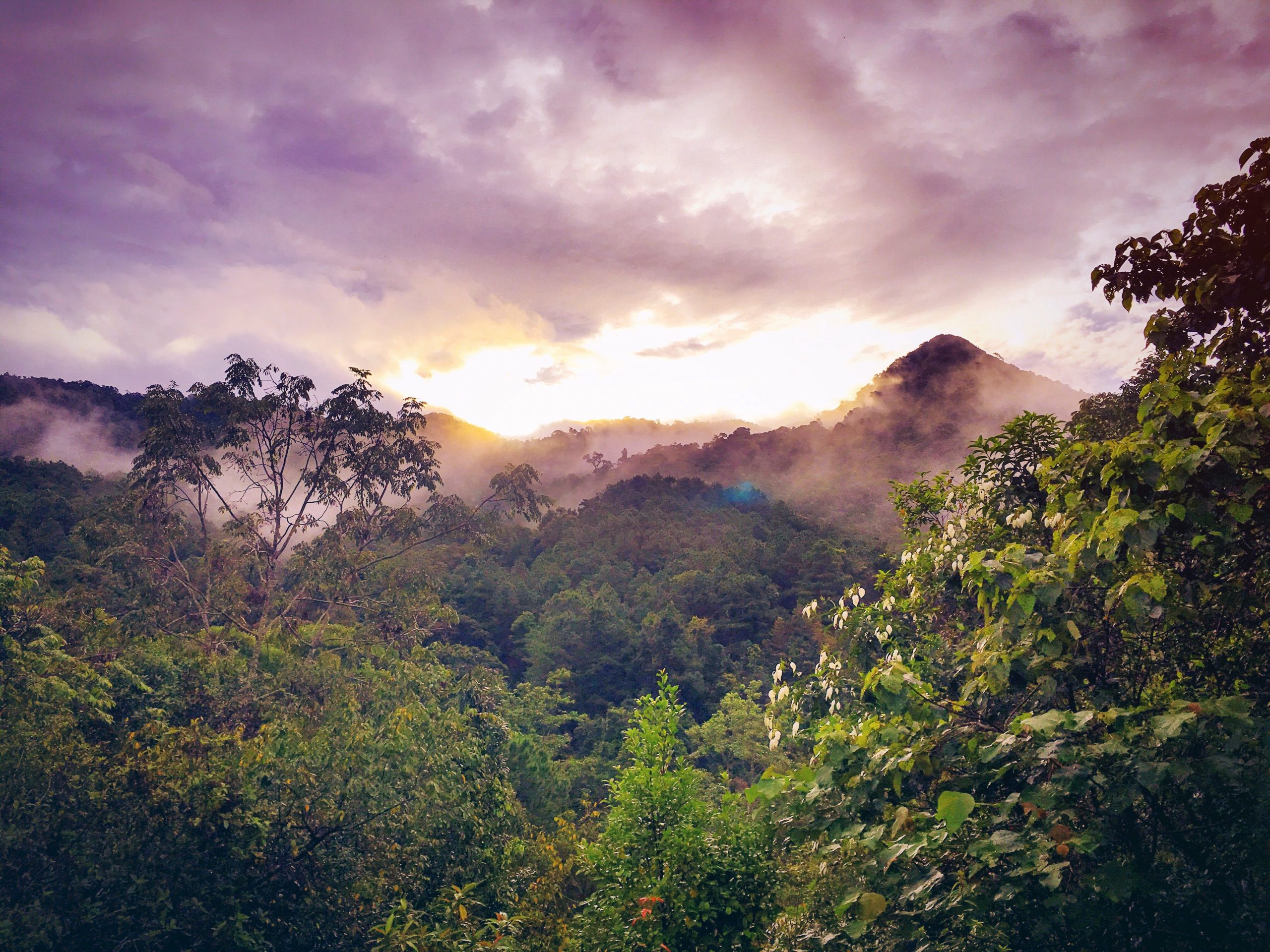 Brazil supports a unique abundance of wildlife, whilst hosting almost 60 percent of the Amazon – the world’s largest tropical rainforest – and the Atlantic Forest. It is home to a variety of unique animals and plants as well as a number of indigenous tribes. The conservation of its precious natural reserves is therefore imperative. However, these ecological treasures are threatened by human induced pressures such as industrial agriculture and illegal logging. Regenerative Agroforestry has tremendous potential to reduce this stress by providing a viable alternative for farmers and foresters.

Abundance in biodiversity and agriculture

Brazil is more than ‘just’ the Amazon. Stretching through various different climate zones, the country is characterized by diversity. It hosts more plants and amphibian species than any other country in the world, ranks second in mammals and third in reptiles, fish, and birds. It is the most biodiverse country on earth.

Whilst lush rainforests cover its North-West, the central and eastern areas are much drier and mainly covered by savanna. Contrasting Brazil’s image, its Southern parts can experience cold winters and differ widely from their Northern counterparts in terms of climate and vegetation.

With 20 percent of its labor force working in agriculture, farming and forestry play important roles in Brazil. In fact, the country is one of the world’s main agricultural producers. Its principal commodities are sugar cane, coffee, and soybean. It is also the largest beef exporter in the world. Pineapples, oranges and many other products also rank high and play an important role for the country.

Despite its vastness, Brazil’s nature has suffered and continues to do so. Deforestation, along with forest and soil degradation, continue to diminish the country’s precious ecosystems. Raging forest fires keep ravaging the Amazon annually at devastating rates during the dry season. Its South-Eastern counterpart – the Atlantic rainforest – is already heavily degraded.

The drivers for these destructive developments are as expected: Cattle ranching accounts for 80% of it, followed by industrial farming – especially soybean – and logging. While the first two mainly drive the clearing of entire forest areas into low-biodiversity, agricultural land, the latter describes the cutting of trees for timber and firewood purposes.

In Brazil, industrial agriculture has also been related to soil degradation. Especially soil erosion, meaning the loss of fertile topsoil, is a pressing issue. It occurs when soil is laid bare and stripped from the trees and plants protecting it.

Burning the forests for cattle ranching

Sadly, burning forest areas is an old agricultural technique in Brazil based on governmental incentives stemming from the 1970s. Through a policy, establishing agricultural activities on uninhabited rainforest land enabled farmers to acquire the land for cheaper. Simply burning down the dense trees and bushes remains the easiest way to clear the land.

Global, ever-growing beef demands make cattle ranching a profitable opportunity for Brazilians to provide an income. However, most cattle farms are relatively unproductive and inefficient in terms of land-use. Combined, these two factors are strong drivers for the expansion of cattle farming.

While agricultural land is largely occupied, deforesting pristine natural areas remains the obvious solution for many. Acquiring forest land, burning it to the ground and then using it for cattle ranching is the most common approach. Thereby, cattle farming has become the main driver for illegal land seizures. This is threatening ecosystems and the homes of indigenous people.

Regenerative Agroforestry as a solution

Farming and even beef production do not have to be destructive drivers of deforestation, soil degradation or climate change. Next to the aforementioned less pleasant examples, Brazil is also the country that showcases a tremendously efficient, truly sustainable form of agriculture. This form is referred to as Regenerative Agroforestry.

This practice – characterized by blending plants, crops, trees, and/or livestock on the same piece of land – provides a feasible alternative to the current farming practices. Cattle, for instance, is being combined with trees providing multiple income streams and increasing the productivity of land. This way, land is used more efficiently and the need for expansion into natural areas is reduced.

Brazilian agroforestry farmers are also moving beyond pure cattle cultivations, whilst increasing diversity on their farms. This way, they produce an array of viable commodities such as cocoa, coffee, timber and bananas. Many of Brazil’s primary agricultural export products – think soybean, oranges or sugarcane – can be produced in agroforestry.

Agroforestry for restoration and biodiversity

Beyond the creation of economic opportunities, Regenerative Agroforestry is being used for various other purposes in Brazil. For example, it is being used for restoration. Through agroforestry, areas that have previously been degraded by industrial agricultural practices, deforestation or forest degradation are effectively regenerated.

The diversity of plants and animals, natural soil management techniques as well as the renouncement of agricultural chemicals revive degraded soils. They also help bringing back lost flora and fauna by creating more habitable conditions again. Regenerative Agroforestry is, thereby, being used to convert degraded land, for instance in the Atlantic Forest back into a thriving landscape.

Ernst Götsch and the Agroforestry Movement

In Brazil, Regenerative Agroforestry has already become a thriving movement. Farmers all over the country are adopting different approaches – some more commercial, others  focused on a more spiritual, cultural reconnection with nature.

While its manifestations are diverse, the rise of Brazilian agroforestry has been triggered and driven by one major figure: Swiss farmer and scientist Ernst Götsch. His massive success in turning degraded, deforested land into a thriving, productive system has granted him immense publicity beyond Brazil’s borders.

Within a few decades, Götsch created a system with more mature ecological characteristics than a secondary forest being left to grow on its own. Even more astonishing, it produces three times as much cocoa as an equivalent monocture farm.

We need your help!

Ernst Götsch and his followers have laid the groundwork for an agricultural transition in Brazil. Recent successes and the spread of Regenerative Agroforestry are very promising developments. reNature is now active with upscaling this transition, increasing impact and raising awareness for the issue at hand.

However, to really affect mainstream agriculture, halt deforestation and regenerate Brazil’s degraded lands, more hands are needed. Perhaps yours as well? Check out our current projects in Brazil or donate here. 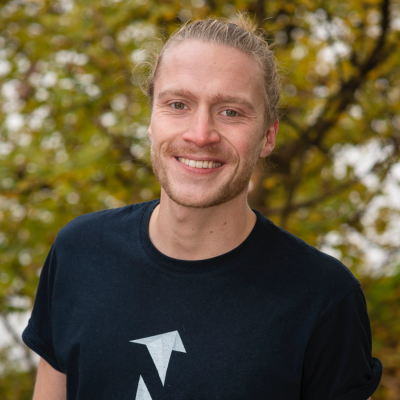 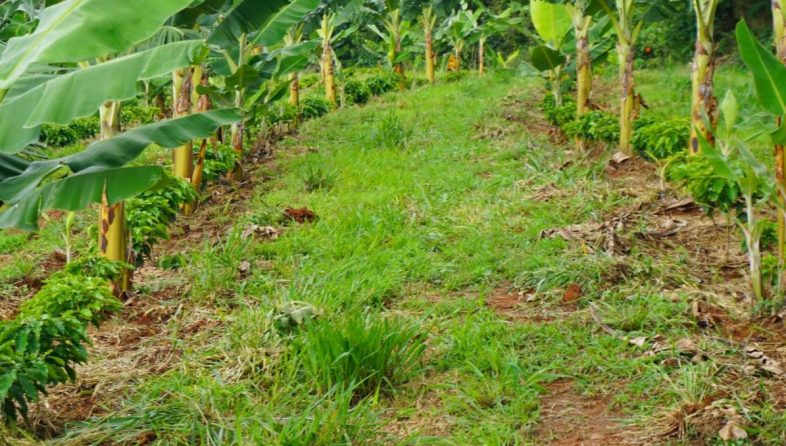