Kenya has known years of growth.

The country also has a historical analysis of being part of the African countries to record agricultural stability and long-term growth between 1961 and 2008, but this high productivity and stability in the agricultural sector of the economy started declining in crops such as maize, thereby recording a lower productivity in 2014 than in 1994. However, between 1990/1992 and 2014/2016, the country was said to be one of the sub-Saharan countries in Africa to experience a diminishing return, but the horticulture subsector constantly experiences dynamic growth. Also, the Embu County of the country, which happens to be one of the leading food baskets of the nation, highly relies on the agricultural sector as their source of food and nutrition and as the sustaining factor of their economy, with up to 70 percent of the county’s total population deriving their livelihood from crop production and livestock rearing.

Statistically, the agricultural sector in Kenya had a reduced growth rate in 2021, despite a significant increase during the rampaging period of COVID19 in 2020, but this sector continues to play a crucial and significant role in Kenya’s economy with over 22 percent, thereby improving the GDP of the country in 2021. Regardless of the successive histories and records of the agricultural sector in Kenya, it still faces some degrading challenges, thereby reducing its sustaining strength in the economy.

Now a days, only 20% of Kenya is considered to be agricultural land.

About 80% of Kenya falls within semi-arid ecological zones and only about 20% is considered to be in the potential agricultural land area. The climate is generally hot and dry in these dry regions. The soils are generally poor and are characterized by high sand content, low water content and low fertility. In the dry areas the air is dry, humidity low and the vegetation has less cover on the ground. Farmers in semi-arid regions produce about 20% of the output while the arid regions account for the remaining 10% of the output.

ReNature has implemented several regenerative agriculture projects in these regions in order to restore degraded soils and boost crop productivity. Some of these projects include the Wable project, aimed at addressing water-related challenges faced by some of the farming communities, the Mau Watershed Landscape Restoration project, aimed at restoring nature, the Homa Bay Stable Foods project, aimed at unlocking smallholders’ potential at scale to produce affordable food for a growing population, and several others. The sole aim of these projects is to make regenerative agriculture mainstream and restore degraded landscapes.

What are the real challenges faced by Kenyan farmers?

According to the Kenyan Agricultural Research Institute, the core challenges include but are not limited to:

As the population of the world and especially Kenya increases daily, agricultural and industrial activities are also on the rise, which contribute to the greenhouse effects in the atmosphere. This change in climate has led to droughts and the wandering of wild animals such as lions and elephants in search of food and water in the country.

Also, the effects of climate change in the region have led to an increased rate of food insecurity and a decreased growth rate for the country’s economy. There are also risks as a result of the rise in temperature and the migration of pests into the regions. It is being predicted that there will be an increase in temperature in the region up to 2.5°C by 2050, which will increase the frequency of further effects, including flooding and droughts.

One of the major challenges of the agricultural system of every country is the infestation of pests and plant diseases, which reduces the yield and growth of crops in different regions. These infestations lead to decreased food production and, therefore, increased food insecurity in the affected areas. In regions of the country or among smallholder farmers where there is an insufficient supply of inputs such as pesticides, the infestation of pests and diseases is always a limiting factor in their agricultural production at the harvesting stage. This reduces the market value or quality of harvested foods in the country, thereby reducing the GDP being contributed by the sector.

Most common diseases in Western Kenya are:

There is also a challenge with the inadequate storage facilities available to store and preserve harvested foods for some periods of time. As a result, the infestation of pests and diseases is inevitable, and the shelf life of such products is drastically reduced. Research findings have proven that maize-affecting aflatoxins in the southern provinces of Kenya caused severe post-harvest losses. This challenge can as well be attributed to the lack of information being disseminated to farmers on the control of pests and diseases. It can be said that the level of service provided by agricultural extension workers is not up to expectations in the region, and this continues to pose a threat to the agricultural sector of the country.

Another key challenge of the agricultural system of Kenya is the increasing population of the country, which causes food to be produced in smaller land spaces. Smaller land spaces produce fewer products and therefore have to be exploited with less downtime between crops. Soil nutrients are, then, not given the chance to be restored naturally, probably through the old system of bush fallowing or the modern fallow system, thereby damaging the outcome from such parcels.

A lack of information on how to increase the soil nutrients is unavailable to the smallholder farmers, and this unavailability of information then leads to weak plants, poor yields, and low income. In Kenya, there are many research programs on chemical and biochemical fertilizers like Kelp.

Although Kenya has many challenges to overcome in the near future, efforts are being made by the government to provide farmers with the right tools, information, and infrastructure to do so.

4. The Use of Outdated Technology

The use of technology in agriculture cannot be underestimated as it tends to boost production, save time and energy, increase crop productivity, reduce impact on natural ecosystems, increase worker safety, and reduce runoff of chemicals into rivers and groundwater, among other uses. Agricultural technology happens to be an important factor, which the Kenyan Agricultural Research Institute harnesses to launch the country’s future.

Adopting the new technology being made available to farmers tends to be a major challenge. This could have been due to the lack of technical know-how of the technologies being disseminated to the farmers, especially the smallholder farmers. They could as well be laggards in technology adoption, whereby the supposed end users of an innovative technology are sluggish in adopting the technology, thereby reducing the level of technology use in agriculture. It has been a major challenge to have users adopt the newer technology made available to them. The misdirection of efforts due to poor research reduces the potential productivity boost that could take place in Kenya.

There are diverse basic needs that must be addressed at a large scale in order to help sustain the farmers, both smallholders and large-scale farmers, all around Kenya.

One of the main challenges in this regard is the lack of and poor condition of road networks from rural settlements to urban settlements. These are the links connecting the farmer´s facilities and the commercialization spots in Kenya. This results in a high loss of perishable foods and increases the cost of production of such produce. Moreover, when farmers of perishable foods are unable to merchandise their produce, they tend to sell it at cheaper or ridiculous prices, which is lower than their cost of production. This implies that smallholder farmers earn less compared to urban marketers selling at higher rates.

As it is widely known, agricultural extension services aim at disseminating vital information to farmers for proper adoption and utilization. It helps to increase agricultural productivity as well as link farmers to markets, research institutes, and government and non-governmental agencies. This, too, faces challenges in Kenya, such as declining human resources and a lack of proper funding. In respect to this, professional extension workers that are meant to perform these activities are declining in population. This further reduces the dissemination of quality information as the number of professionals decreases.

The system also faces the challenge of declining financial assistance from either government or non-governmental bodies. This in turn causes a poor linkage system between the farmers and other supporting bodies to improve the agricultural system of the nation and as well hinders the adoption of innovation by farmers. However, according to a report from the International Union for Conservation of Nature (IUCN) and Vivid Economics, supporting regenerative agriculture to bring balance and restoration to Africa’s degraded lands could be worth $70 billion to farmers.

This illustrates how a transition to practices such as agroforestry and accurate soil management can improve human nutrition and livelihoods and boost ecosystem health, especially in the Kenyan agricultural system. It also estimates that regenerative practices could boost agricultural production by 13 percent by the year 2040 and create up to five million new full-time jobs in various aspects of agriculture, including farming, processing, and supportive industries. In the same time frame, if 50 percent of Africa’s farms adopt and utilize these techniques, the additional carbon benefit could equate to 4.4 gigatonnes of carbon dioxide equivalent (GtCO2e)—almost 10 times South Africa’s annual emissions.

You can support Kenyan farmers. 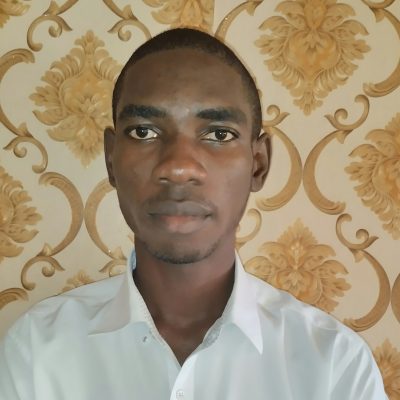