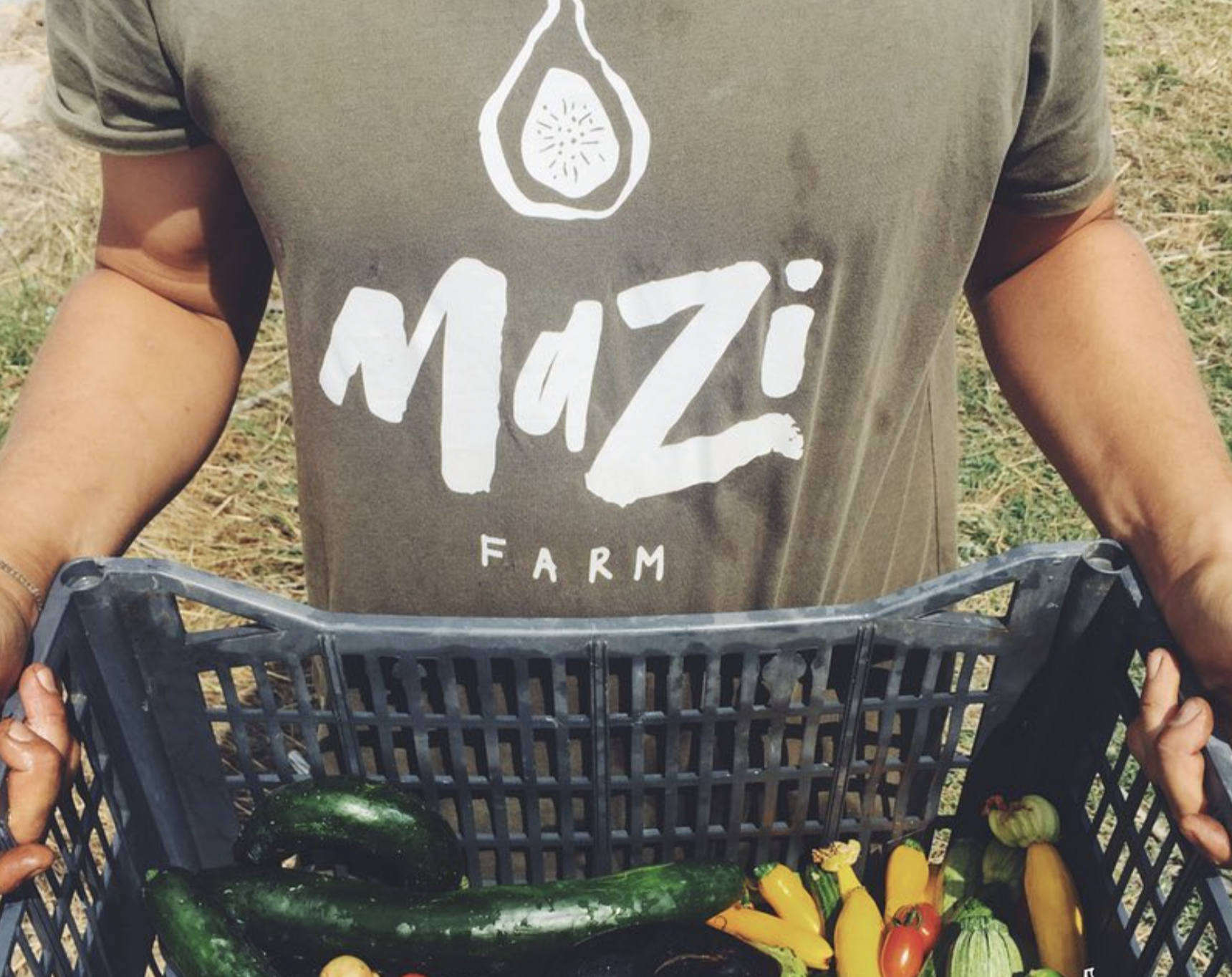 Mazi Farm: an encounter between pure knowledge and experimentation.

Styra is a small town on Evia island in Greece with a tiny fountain in the middle of a small plaza. A big white church and a café were the two spots getting the most of my attention. There were old men playing cards and contemplating while drinking a “freddo espresso”; so typical of Greece. The silence was touching every corner and the lights of the first afternoon brightened the natural scenery all around, beyond the small white buildings. 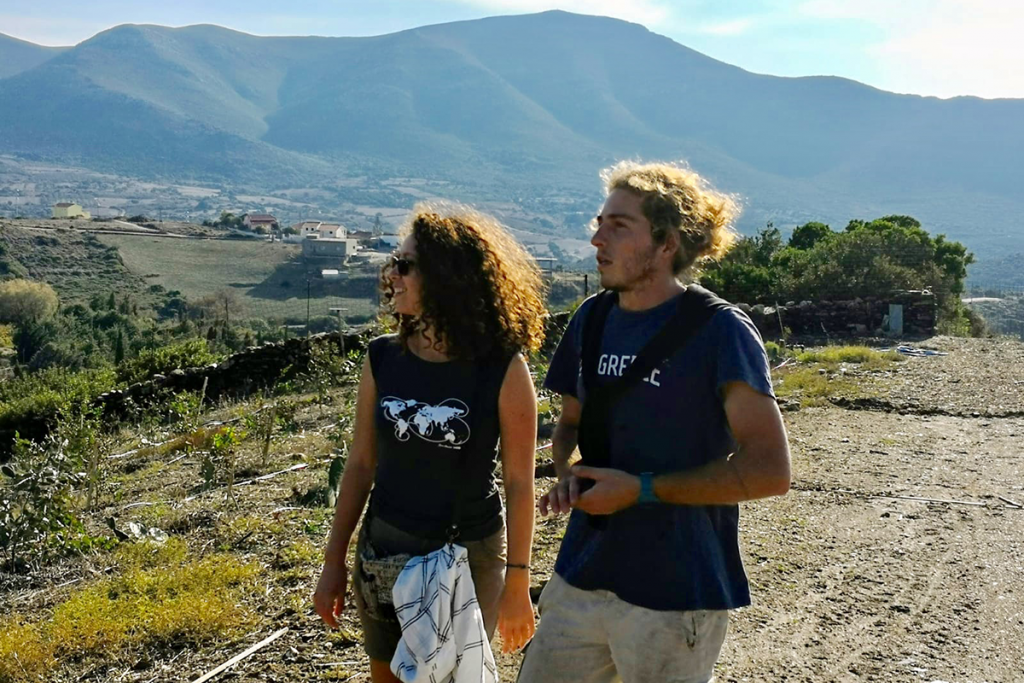 Dimitri arrived on time in his van, with his dog Luna next to him. We spent some time in the café, and we had a pleasant conversation about his work, passion, values, and goals. “We want to involve people that have never heard of regenerative agroforestry before,” he said, “we want to spread such precious knowledge.” Dimitri is a young man with a clear idea in his mind of where he wants to go and which steps will bring him there.

Entering the van, we headed high into the hills, towards his land. The view was epic; nothing excluded: sea, mountains, nature and some houses here and there. 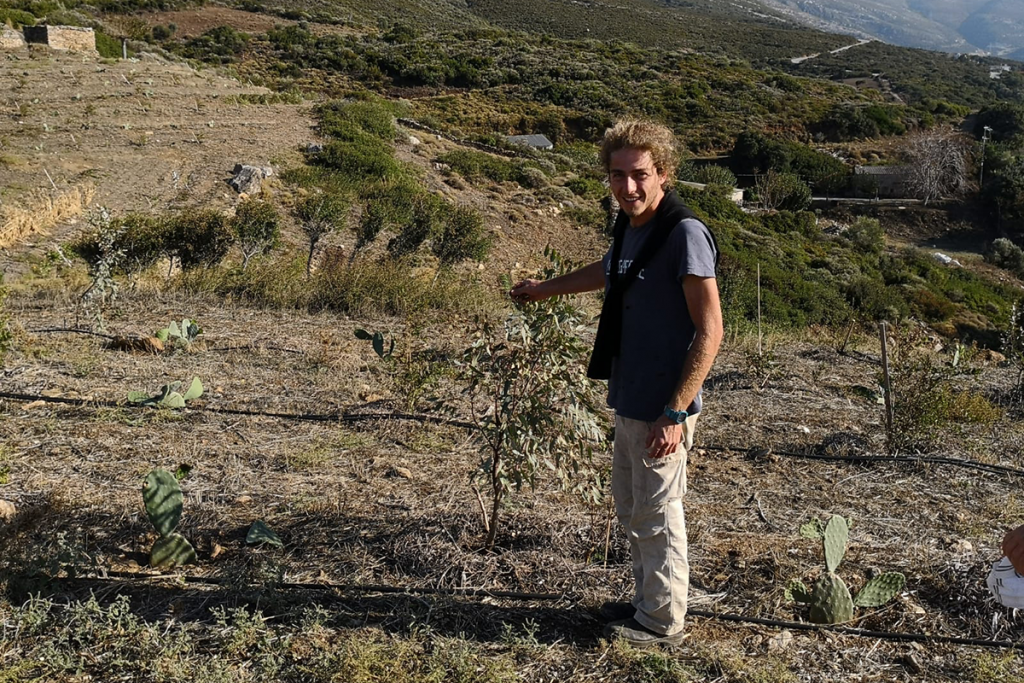 His project, called Mazi farm, is very young. “Mazi in Greek means together. Which for us means we must get together and create!” Dimitri explained. It started about one year ago, but it has all the right cards to have a bright and abundant future; five hectares land where he is experimenting with different Regenerative Agroforestry systems.

Once we entered his property, a nursery is visible on the left. The nursery needs to be renovated and once done so it will be used for successional breeding of different plant species to promote a faster evolution into more tough plant breeds.

The trees are mainly of eucalyptus, pistachio, pomegranate, almond, and olive. There are also some orange and lemon trees. Between each of them a prickly pear, rich in water, has been planted for maintaining and enriching the natural fertility of the soil. The prickly pear is kept low and, eventually, will be cut down in the next ecological successions. 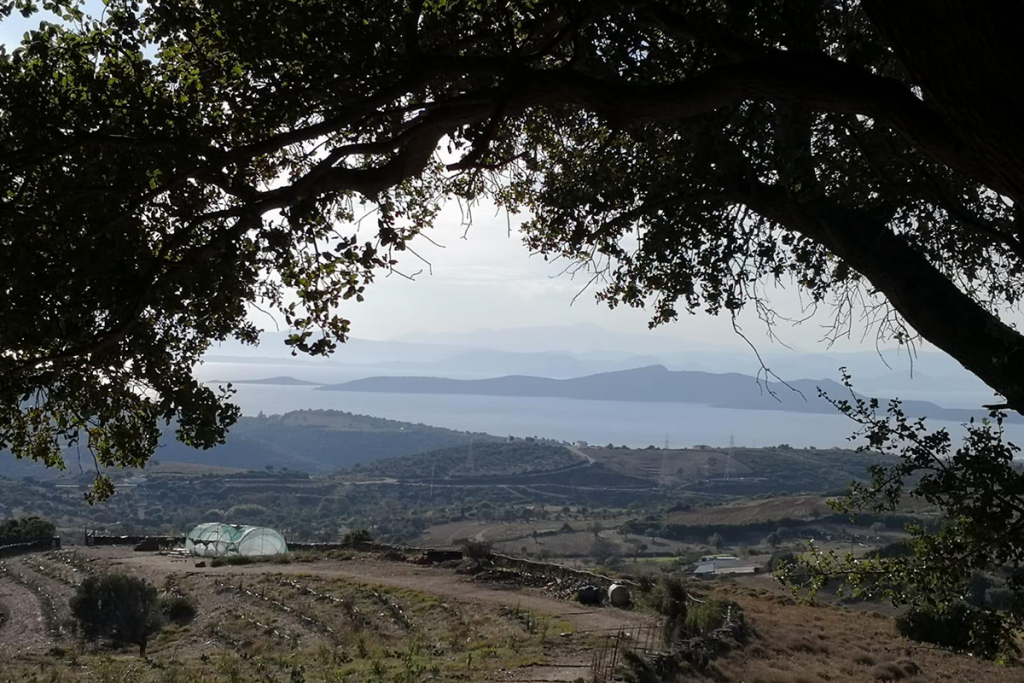 During the visit to the farm, we met Etienne, a friend of Dimitri and Dimitri’s father. Tired faces showed a big smile, both in the sense of welcoming toward us and happiness for the hard work done during the day. 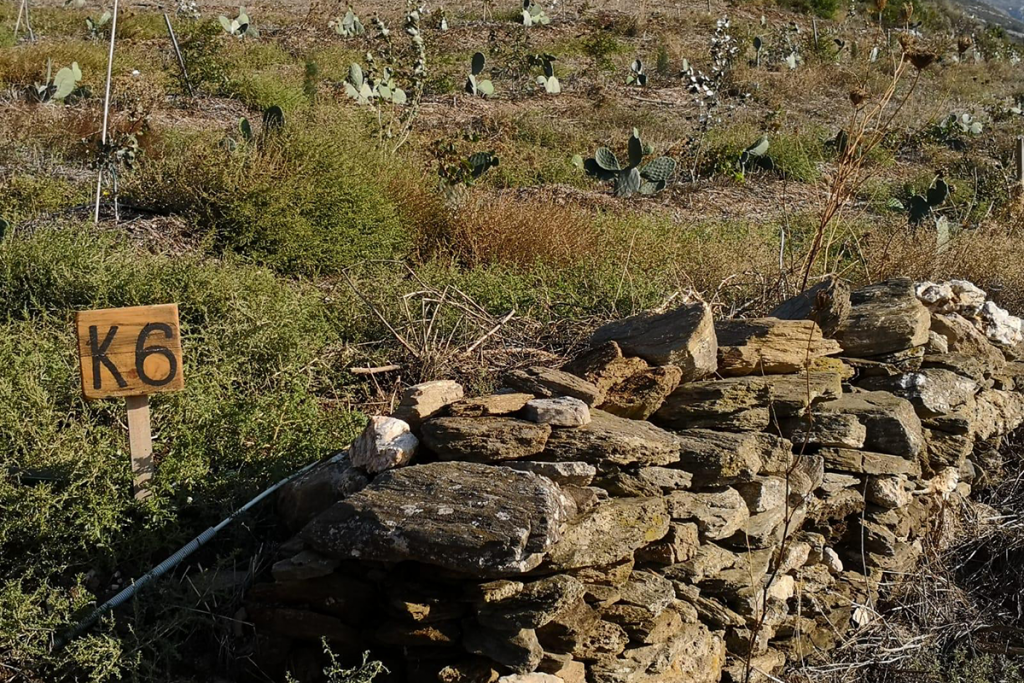 There was work in cutting, pruning and thinning to create an agroforestry system out of it. Part of the land is still covered in bushes and a variety of wild plants and herbs. In the process, wild plants and trees are selected as part of the new productive agroforest.

Up at about 200 meters above sea level, the air started being a bit cold. In Evia, it is usual to have a house closer to the village and land in the upper hills.

Once in his house, I met another member of the Mazi team. Her name is Tash, and she is the biologist of the group, into mushrooms, microorganisms, soil quality, and compost. I have learned a lot from her, and I got to know more about the production of Compost Tea.
Mazi farm, in fact, is experimenting in the production of Compost Tea. Entering through a door with a beguiling drawing of a mushroom on it, a small room has all the necessary tools to try out different compost tea recipes to obtain the best results in food quality and production for different kinds of soil.
We had dinner all together and had a fantastic time sharing, joking and eating good food, food that had both a flavor and a taste coming from old times. The kind of times where humankind was connected with nature.
This experience brought me more in-depth knowledge and new insights regarding systems and strategies that are spreading all over the world, within the hearts and minds of people believing that make a positive impact is not only possible but already a reality. 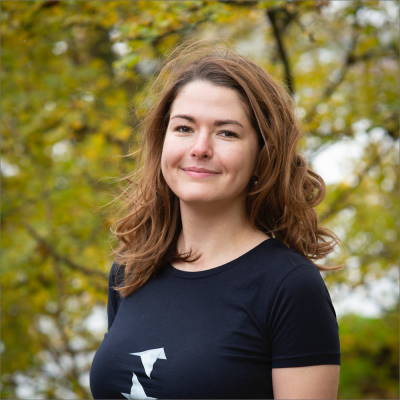