Planting the future of Bangka Island

Already the first week into the project, we are moving fast with the system implementation, touched by the kindness of Indonesian people of Bangka and eating more dragon fruits than ever!

We couldn’t have felt more welcomed by the locals here in Bangka! In fact, we are feeling like real superstars, because everywhere we go, ‘selfies’ are highly required by curious locals who are not familiar with foreigners. Tourists are rare in the Island, which is mostly inhabited by fisherman, farmers and mining workers. 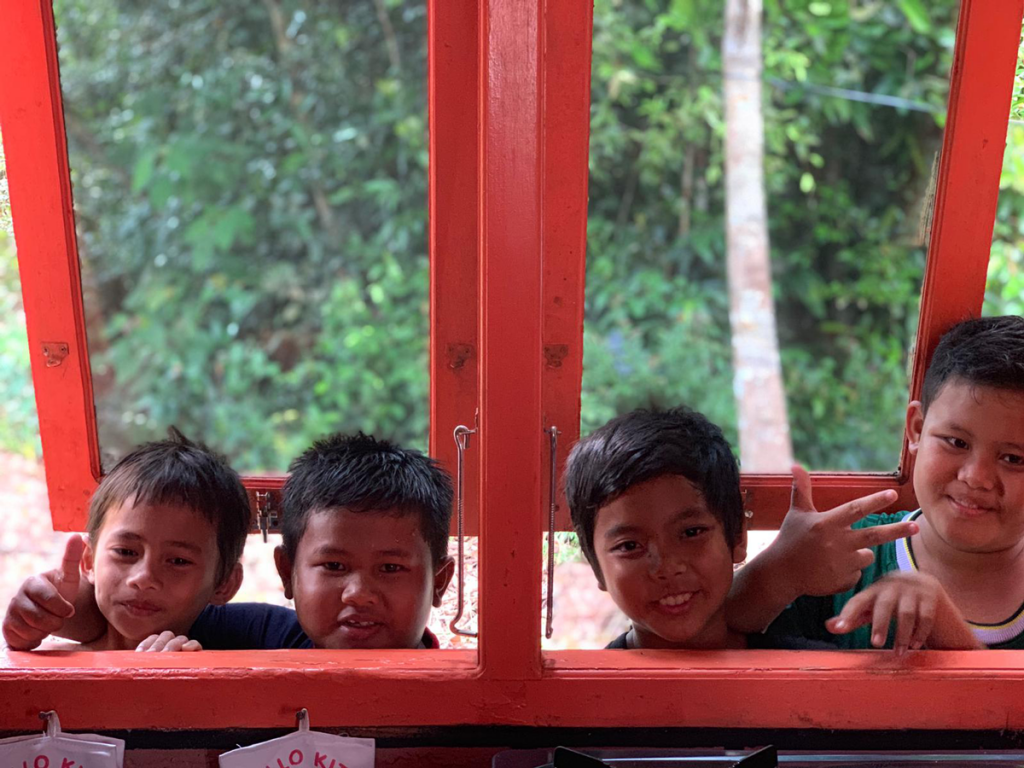 Since our project appeared in the local newspapers, we often have visitors waiting for us in front of our houses, asking to take pictures with us, always with a big smile on their faces. Sometimes when we go back home at the end of a workday we are surprised by bananas, papayas and dragon fruits left in front of our houses by our kind neighbours. The wife of one of our co-workers backed us a delicious vegan cake after hearing that some of us are plant-based. These are just a few examples of the Indonesian kindness we have been experiencing so far. 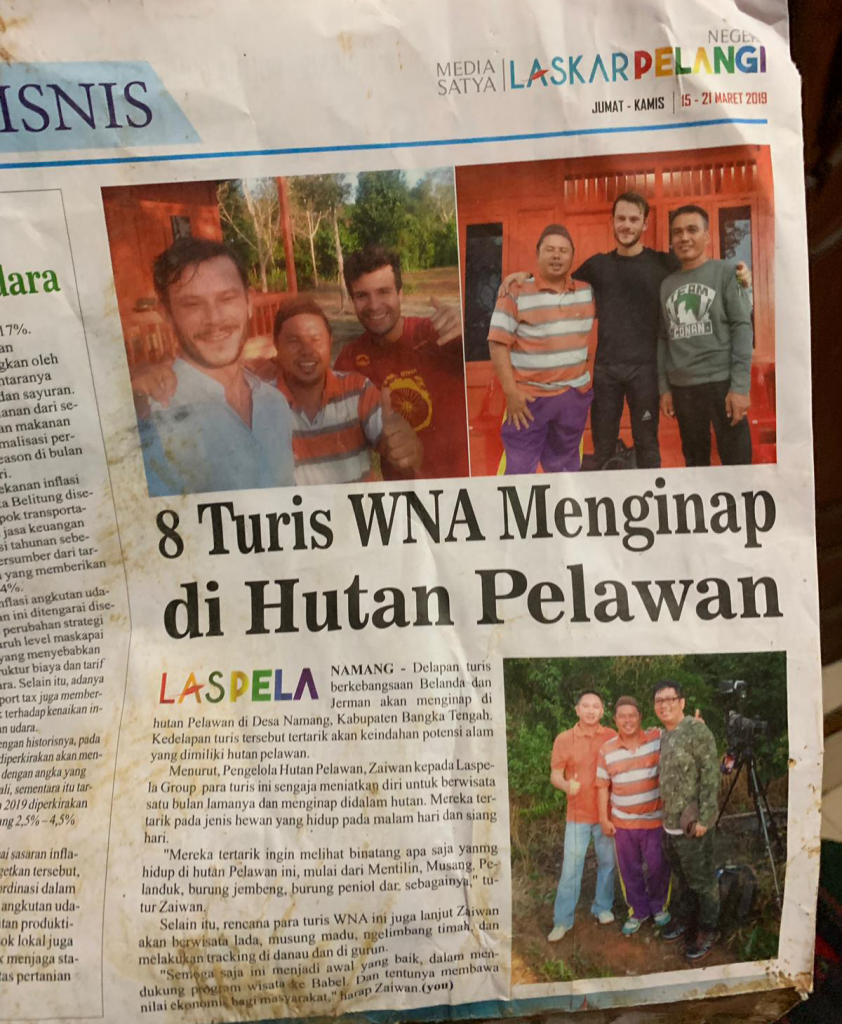 Getting familiar with the local context

Our first week in Bangka was intense, and mostly focusing on understanding the local context we are immersed on!

The first person we met was Hatami Nugraha, founder of CAN – Cinquer Agro Nusantara and owner of the farm we are working on. CAN is more than a company that produces spices. Hatami plays the crucial role of connecting relevant actors within the white pepper business – from government agents and private organisations to small pepper farmers. He aggregates over 500 white pepper farmers of the region, who created a strong network of support and best practices exchange. 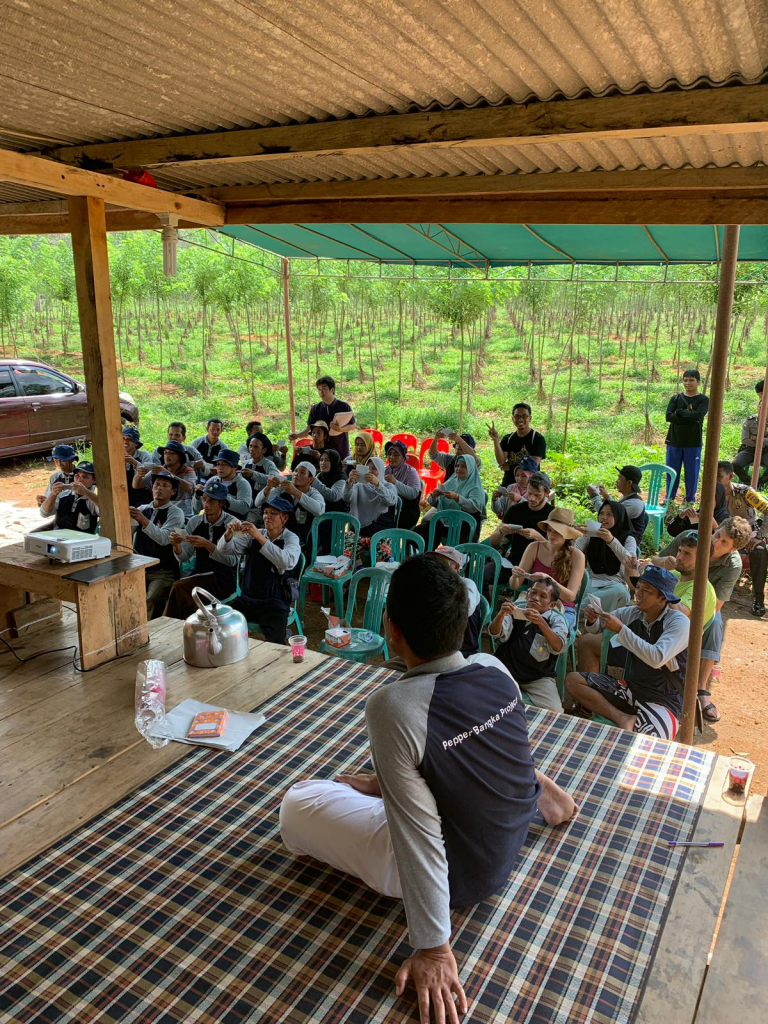 The farmers also receive annual training provided by CAN which we had the luck to attend on our third day at the site. We were surprised by the synergy and the sense of community among the farmers, as well as by their interest and focus on the training. Thanks to Hatami, they are aware that collaboration is key towards reaching better productivity goals and access to global suppliers – such as Verstegen, our main partners in the project. 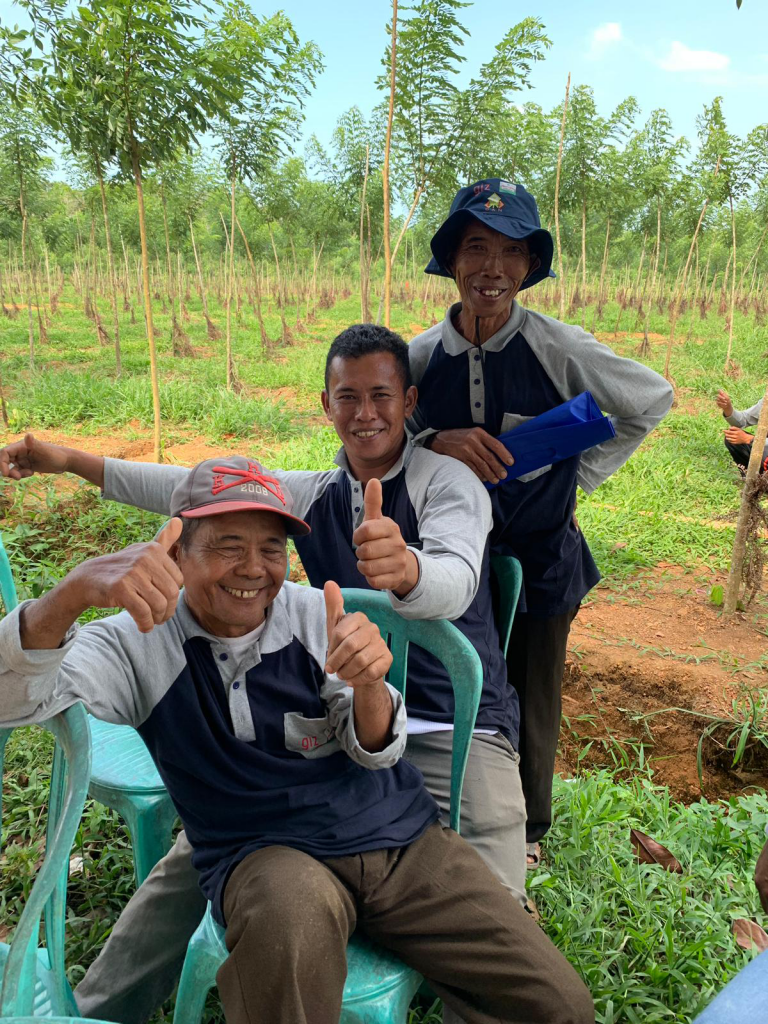 During an informal conversation with us, he mentioned that white pepper farmers are currently facing the worst pests and diseases in history, hence the investment in agroforestry systems. They count on agroforestry to make the farms more resilient to diseases and climate change, whose effects are starting to become more and more apparent. Hatami also told us about his goals and long term plans concerning the project: he aims to transform the farm into a living laboratory and training centre, where people can come to Bangka and learn about agroforestry in both theory and practice.

>> Interested in supporting this or other reNature projects? Check out our donation options. <<

We also had the honour to meet the mayor of Central Bangka, who invited us for a meeting in the government’s office. Accompanied by Hatami and other local leaders, we had relevant discussions around the main challenges Bangka is facing at the moment, such as the consequences of Tin mining, lack of technology and access of their products to global markets. Hatami also exposed the problems affecting white pepper production and clarified some questions about our project. According to our local translator, the mayor received the agroforestry idea positively and showed open to new ideas, suggestions and feedbacks – something not common among the Indonesian government.

Finally, we have also visited an old Tin mining site that looks more like a beautiful lake than a dangerous site. The light blue coloured water is contaminated, as most fresh water in the Island. “Bangka” in Bahasa (Indonesian language) means Tin, named after the metal that’s been extracted here for over a century, since the Dutch colonisation. Bangka is the world’s second-largest exporter of the metal, and the consequences are devastating effets on sea life, forests, soil and water. The bad news is, if you own a phone or computer, you’ve already supported the Tin industry before. Mining is wrecking the environment in Bangka, but we are trying slowing to chance this reality around here!

On our next article, we will fill you in on the first steps of our system implementation!