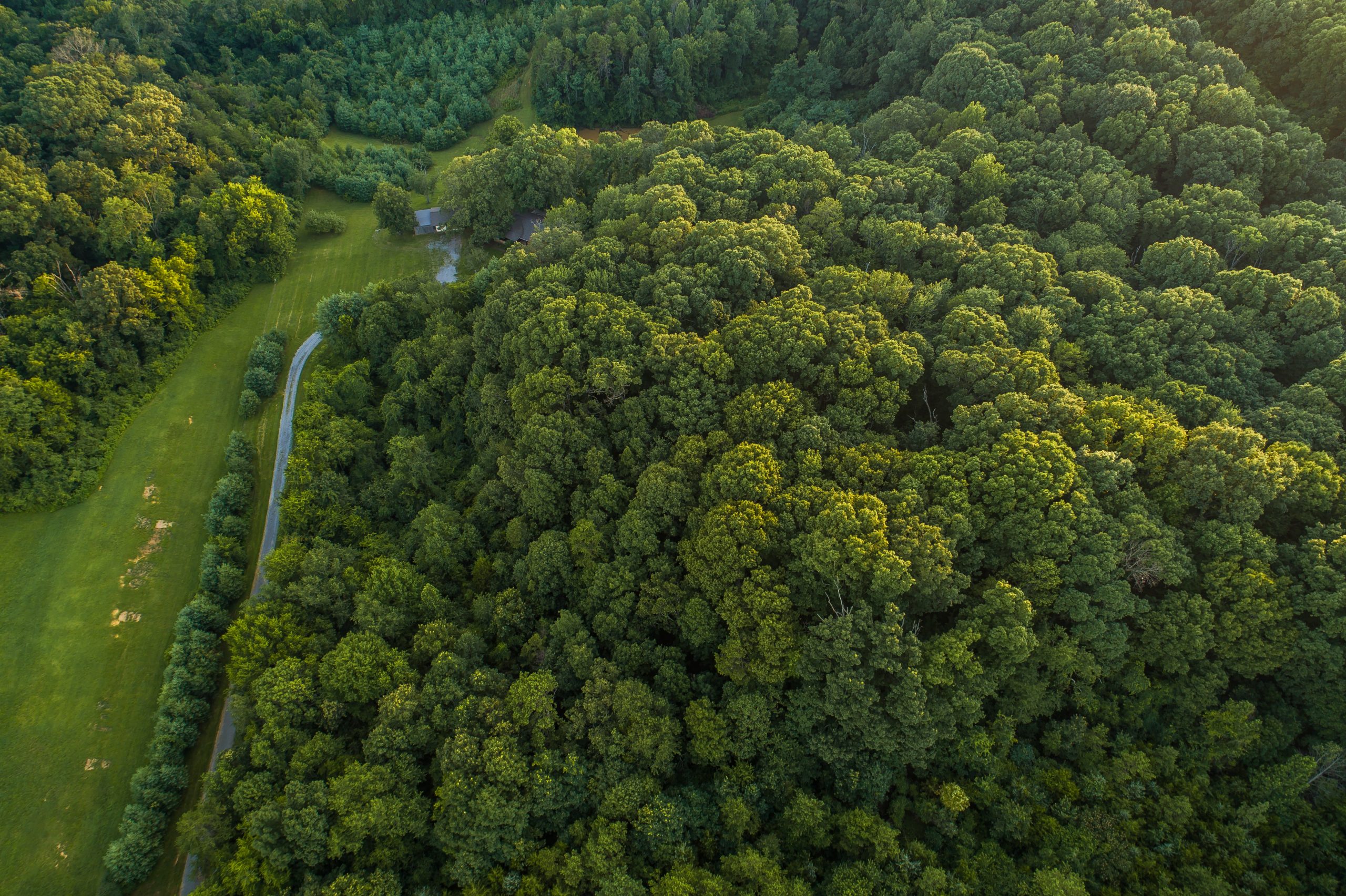 The challenges of the Anthropocene have revealed the importance of regenerative agriculture as an alternative approach for meeting sustainable development goals. Integrating trees within agricultural systems creates many benefits that perfectly align with the UN Sustainable Development Goals, such as increased agricultural productivity, reduced hunger and poverty, women’s empowerment, biodiversity support, regenerated soils, improved and diversified diets and climate change mitigation.

Among these benefits is the potential of agroforestry to create a low-to-zero input agriculture. This agricultural approach does not rely on external inputs, but mostly on knowledge about nature. Do you want to know more about keeping external inputs as low as possible? Keep reading!

How to reduce inputs

Regenerative Agroforestry has several important aspects that lead to reduced agricultural inputs. Implementing agroforestry stimulates biomass production, N-fixation, and deep nutrient capture. Also, agroforestry reduces run-off, erosion, leaching and other resource-loss pathways, which all contribute to a decrease in external inputs.
Another incredibly useful tool to reduce inputs is biochar production, one of the most effective ways to store long-term carbon in the soil.

You might have heard of biochar, a charcoal-like substance that’s made by burning organic material from agricultural and forestry wastes. With its growing fame as a soil amendment for cultivation purposes, Biochar is found to valorize soil nutrient and enzyme dynamics, bringing forth an enhancement in soil fertility. Biochar can act either as a direct or as an indirect nutrient source.

Biochar is a great product that can be much needed in the beginning of a transition towards regenerative agriculture, however we cannot fall into the same mistake embedded within industrial agriculture: making farmers dependent on external inputs! A key element of regenerative agriculture is to design a system in which farmers become as self-sufficient as possible in terms of agricultural inputs such as external amendments, nutrients or chemical inputs.

Knowledge as an input

When we let nature be nature without interfering, it does not always need any external input whether they are agrochemicals or organic ones. If we make organic inputs an industrial package to sell to farmers, we are continuing on a cycle of input-based agriculture instead of a knowledge-based agriculture. The power of agroforestry lies in using knowledge as an input. Let’s focus on the system design rather than organic inputs as a solution!

Luckily, knowledge on zero input agriculture is out there. This article will dive into the potential of agroforestry to work without any form of external input (external amendments, nutrients or chemical inputs). Low or zero input agricultural systems seek optimisation of on-farm resources, as well as minimisation of off-farm resources. This translates into having a more ‘closed’ production cycle (and, consequently, less external inputs) and requires more advanced agronomic skills.

There is a variety of different philosophies and practices out there that resemble the approach of zero input agriculture: Low input agriculture, Syntropic agriculture, Zero Budget Natural Farming (ZBNF), Farmer Managed Natural Regeneration (FMNR), Analog forestry, and many others. Not to confuse you with so many terms, here is an overview of what all of these practices strive to do.

A great example of how zero input agriculture can be achieved is through the philosophy of syntropic farming.  Syntropic Farming is an innovative approach to regenerative agriculture which allows people to create dynamic, successional, and economically viable ecosystems that restore degraded soil biodiversity. By understanding and respecting nature’s complex system, Syntropic Farming imitates the natural regeneration of forests and provides a harmonious integration of our food production systems.

With this in mind, the practitioners of Syntropic Farming assume that this system therefore not only works in tropical areas, but also in a large variety of different climates such as a Mediterranean or a temperate climate.

“The mistake was when humans thought they were the most intelligent species; but we are only part of an intelligent system.”

Ernst Götsch, the founder and face of the Syntropic Farming movement

Ernst Götsch, the founder and face of the Syntropic Farming movement says: “Agroforestry also works in these climate conditions. You just have to combine the right species, observe and manage”. His major tool is mimicking nature: by working according to its rules, you also follow the laws of syntropy where, contrary to entropy, more energy is generated than it has been invested. .

Understanding Agroforestry means reconnecting with nature. On The Agenda Gotsch website, syntropic farming is described as follows: “a system that accumulates matter and energy, becoming more complex over time, all in order to create abundance. It is a form of process-based agriculture, as opposed to input-based agriculture.

The importance of pruning

Pruning trees is a major way to benefit from tree products and at the same time reduce above-ground competition between trees and crops. The systematic cutting and positioning of the pruned organic matter on the soil (never within), stimulates the action of organisms, speeding up the transformation. The pruned plants invest in new growth both in the aerial part (branches and leaves) as in their roots. The growth information also changes the biochemical composition of enzymes and hormones in the roots, which indirectly favors greater retention of water and nutrients.

Pruning works as a fertilizer and as an irrigation system, but via processes instead of via inputs. The farmer is no longer a mere transporter of fertilizer and water, but begins acting as a mediator between the vegetation and the soil, providing the latter with everything it needs to maintain the general health of the area.

If you want to know more about syntropic farming in practice, you can read about the project Quinta des Abelhas in Portugal, where Marc Leiber / Growback are aiming to work according to Syntropic Farming ideas!

Farmer Managed Natural Regeneration (FMNR) is a low-cost land restoration technique used to combat poverty and hunger amongst poor subsistence farmers by increasing food and timber production and resilience to climate extremes. Started in 1983 in Niger, FMNR draws on traditional practices and is sensitive to local variations.
In FMNR systems, farmers protect and manage the growth of trees and shrubs that regenerate naturally in their fields from root stock or from seeds dispersed through animal manure.

FMNR is an easy, low-cost way for farmers to increase the number of trees in the fields and therefore a great example of agroforestry. At scale, FMNR contributes to increased recharge of groundwater and increased soil moisture, and more so when done in combination with physical soil and water conservation measures. The project Laikipia in Kenya has its mind set on using FMNR methods in a later stage when the trees are fully grown!

The word Zero Budget refers to the zero net cost of production of all crops (inter crops, border crops, multi crops). The inputs used for seed treatments and other inoculations are locally available in the form of cow dung and cow urine.

A ZBNF practicing farmer has lower cost of inputs and thus has better capacity to increase the incomes. At the same time, ZBNF crops help in retaining soil fertilizing and is climate change resilient.

Treating the seeds with a mix of cow-dung and cow-urine based formulation is one of four important wheels of Zero-Budget Natural Farming (ZBNF). This mix is known as Beejamrutha. The beneficial micro-organisms present in beejamrutha are known to protect the crop from harmful soil-borne and seed-borne pathogens.

The ZBNF system avoids the use of external inputs such as synthetic fertilizers, pesticides and herbicides, in particular avoiding purchases from large corporations, so maintaining the cycle of production within villages instead of farmers obtaining inputs from cities. Therefore, it has the potential to retain more farmers and economic resources in rural areas.

The benefits of low-to-zero input agriculture

What do all these different approaches have in common? Implementing zero input or low input agriculture focuses on knowledge and therefore minimises the use of production inputs (i.e., off-farm resources), such as purchased fertilisers and pesticides. Not relying on inputs thus makes this approach very feasible! Furthermore, it lowers production costs, and avoids pollution of surface and groundwater and also reduces pesticide residues in food. Therefore it reduces a farmer’s overall risk and increases both short- and long- term farm profitability.

A zero or low input agricultural system is a good way for a farmer to cope with instability of commodity prices as they do not rely on external inputs. It benefits the farmer in the sense that it creates more autonomy and stability.

The potential of agroforestry

The sustainability of agriculture could be improved by mimicking the structures and processes occurring in natural ecosystems. Low-to-zero input will have a huge impact on the infrastructure of farming. Depending less on external inputs gives a farmer more ownership on the production process and creates more economic resilience. When a farmer is guided by the needs of the landscape, nature can reclaim its autonomy and showcase its knowledge. 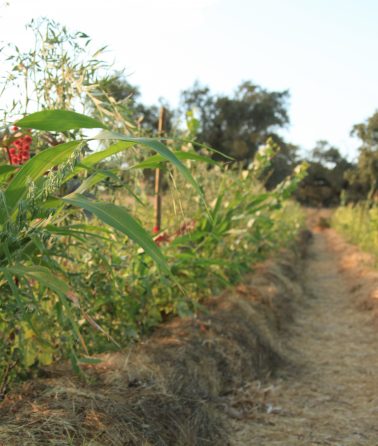