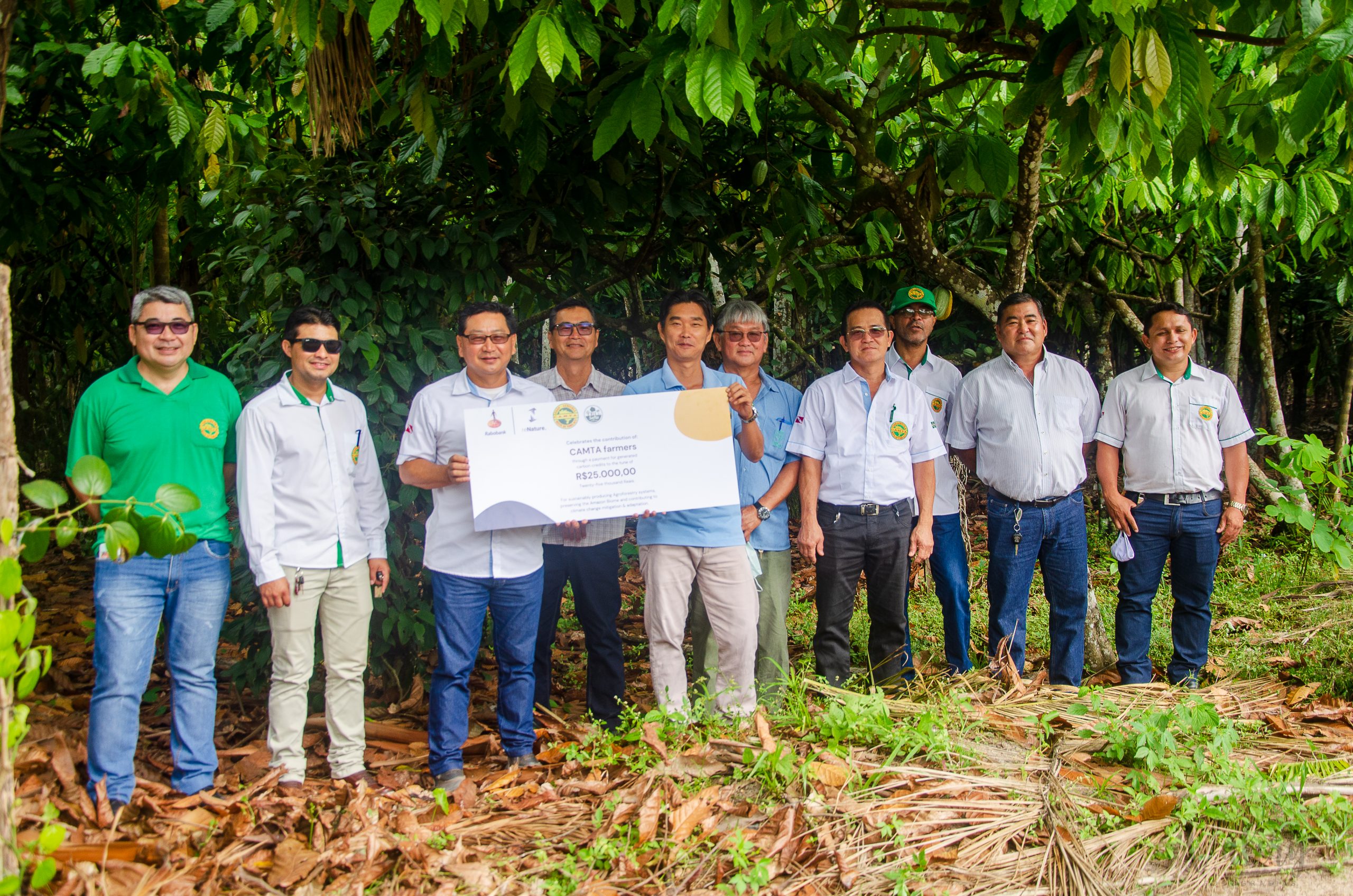 Through a new carbon marketplace by the Dutch bank Rabobank called Acorn, reNature, in partnership with a Brazilian cooperative of farmers called Cooperative Agricola Mista de Tomé- Açu (CAMTA), generated 242 CRUs (carbon removal units), which represented R$25,000.00 distributed among cooperative producers. These credits were sold to Microsoft, which aims to cut its total emissions by 2030. In this program, each carbon credit generated is paid at least R$100.00 per farmer, doubled price the market value today. And it doesn’t stop in Brazil, reNature is also generating credits for farmers in Africa and Asia.

About the Acorn Marketplace

Rabobank’s Acorn program aims to unlock the international carbon market for smallholder farmers and help local rural communities combat climate change, land degradation and food insecurity. Small farmers and their communities are often victims of climate change – but they can also play an important role in reversing its effects. Rabobank is developing the acorn to open the carbon market to small farmers, using tried and tested agroforestry practices and modern, enabling technologies. In this pilot, with reNature and CAMTA, the first credits were paid in Brazil and the intention is to generate more. Rabobank has big plans for the initiative, hoping to include 15 million farmers by 2025, covering an area of agroforestry systems three times the size of the Netherlands, sequestering 150 Mt of CO2 emissions annually.

“Since the beginning of industrialization, we emit large amounts of CO2. If everything were now neutral CO2 or zero net, all the CO2 emitted in the last 200 years would still remain. Therefore, and because we are still emitting, we need a system where we can reward CO2 removal. Encouraging a farmer’s carbon sequestration can have a significant impact not only on combating climate change, but also on increasing food security and biodiversity and improving the livelihoods of farmers in developing countries.”

Rabobank is developing carbon removal units (CRUs) based on the actual carbon stored in the planted trees and the amount of biomass in the vegetation cover. The CRU Acorn is only sold after the trees have converted the carbon into biomass. You can measure this on a small farmer’s land with the help of remote sensing technology such as satellite imagery. And that’s what makes an Acorn CRU different from your typical carbon credit: An Acorn CRU represents real carbon that is no longer in our atmosphere. Therefore, these credits are generated and validated by satellite imagery and then certified by Plan Vivo Foundation.

The voluntary carbon market is growing. As a recent McKinsey report indicates, demand for carbon credits could increase by a factor of 15 or more by 2030 and by a factor of up to 100 by 2050, and overall, the carbon credit market could be worth more than US $50 billion in 2030.

There are some criterias for participating in the program:

1. Are you a farmer or a cooperative
2. The agroforestry/regenerative project has not started or has started in the last 5 years 3. Farmers have not yet monetized their carbon credits
4. Field coordinates / polygon coordinates are or can be recorded
5. Farmers have an area of less than 5 hectares
6. Land has not been deforested in the last 5 years

In this pilot project by Acorn in Kenya, Rabobank partnered with ReNature and the Laikipia Permaculture Center to help smallholders plant trees, improve farmland and earn additional income from the sale of carbon removal units.