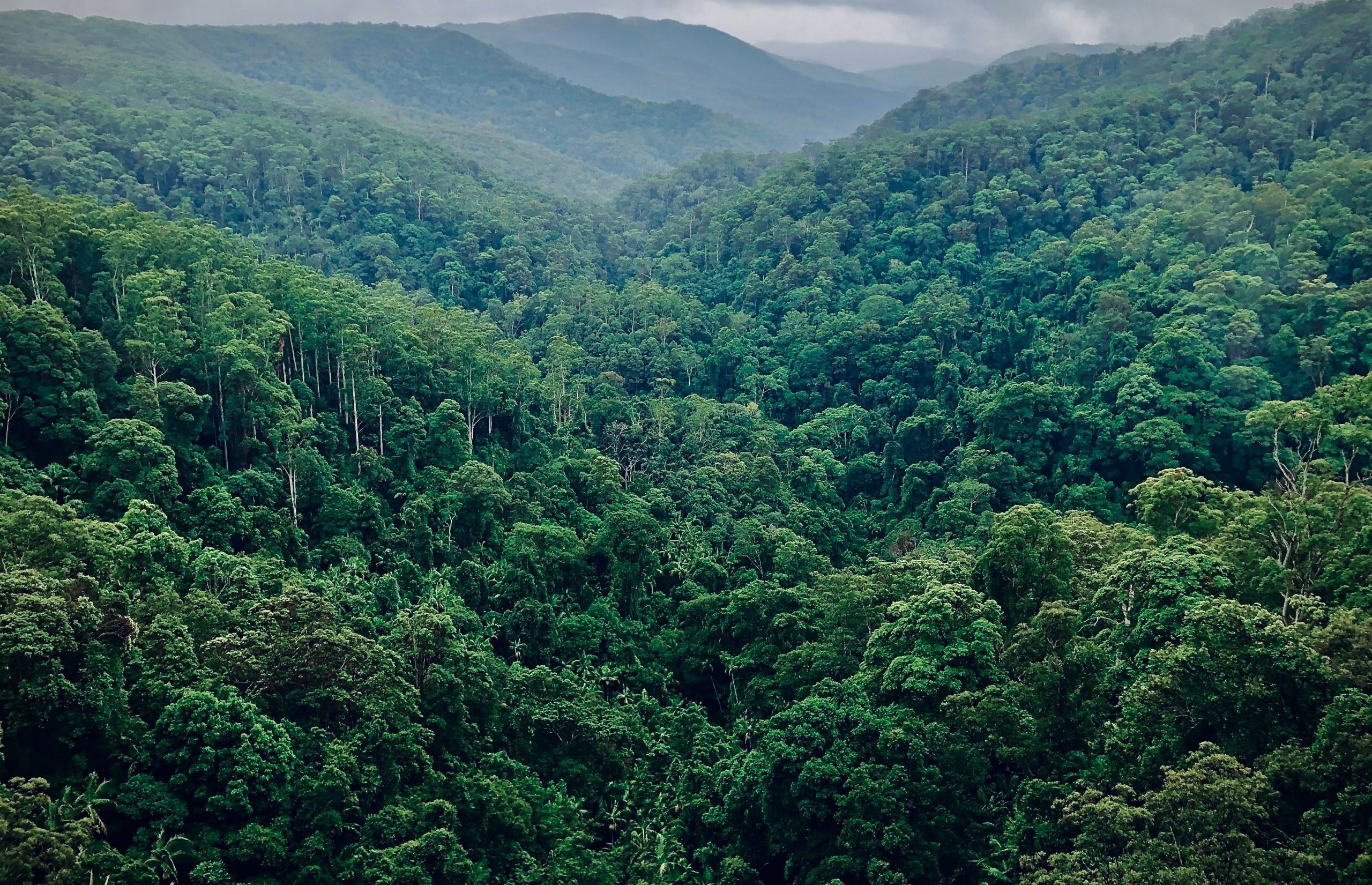 Teaming up with local communities to protect their rainforest

reNature is working in collaboration with the community of Lábrea, in Brazil to preserve 26,000 Ha of unprotected rainforest. Yes you read that right, 26 thousand hectares of rainforest. This land is a privately owned land by a family business called Tivoli Empreendimentos, which consists of mostly pure rainforest with a few community members residing throughout. The main issue is that the land is unprotected and very vulnerable to deforestation. To combat this, we are working to keep the forest as it is and use Regenerative Agroforestry to teach the community how to improve their livelihoods while protecting the forest from deforestation.

By assigning an economic value to 26,000 ha of Amazonian rainforest, this project contributes to its protection. Natural rubber, açai, and Brazilian nuts are among the internationally valuable cash crops found in this part of the forest. They are well-known in the area’s surrounding communities.

reNature, in collaboration with our project partner IAMAS, will look at how these resources can be processed and commercialized in a sustainable way that does not disrupt important ecosystem functions. Local people will own the benefits, and the forest will be protected from deforestation.

The state of Amazonas (AM) is the largest in Brazil, with 1,600,000 km2 (larger than Iran), 62 municipalities and a population of 3,5 million inhabitants. The state borders Peru, Colombia and Venezuela and borders the states of Acre, Rondônia, Mato Grosso, Pará and Roraima. Known for housing part of the Amazon Biome and part of the Amazon Hydrographic Basin (which is considered the largest in the world, in extension and in volume of water) the state plays an essential role in the conservation of biodiversity, provision of important ecosystem services, contribution to the supply of/quality of water and the climatic regulation of the whole country.

The Amazon Hydrographic Basin is formed from the Amazon River and its tributaries, which are smaller rivers that flow into this river main. One of the main tributaries of the Amazon River is the Purus River. Due to the high biodiversity and great productivity, the Purus River has been suffering from the exploitative anthropogenic activities, such as fishing, hunting, logging, extraction and family farming. The hydrographic basin of this river is located in the southern Amazon, on the border with the states of Acre and Rondônia, population densities are distributed over the banks of the rivers.

The story behind the land

The area we are working with is almost entirely covered with native forest. The housing and existing infrastructure is located in the river margins. It is helpful to understand the context of the area, as it paints a picture of the challenges and opportunities the local community currently faces.

The Municipality of Lábrea was established around 1852, through expeditions that sought to create connections between the Purus and Madeira Rivers. The expeditions aimed to promote the collection of forest products, in addition to facilitating religious expeditions with indigenous people of the region, with the purpose of catechizing. The name of the city is linked to one of the commanders who led these expeditions: Colonel Antônio Rodrigues Pereira Labre, who brought a group of people from Maranhão to continue the discovery of the region.

In 1894 Lábrea was categorised as a city due to the expansion of the rubber economy on the Purus River. Lábrea’s history is mostly shaped by the exploration of native rubber, a period that became known as “seringalismo” and that resulted in a great rural to urban migration.

The second colonizing movement, which occurred in the twentieth century, took place from the 1970s with the National Integration Project. This was during a period of military dictatorship in Brazil, which opened new means of communication with the objective of integrating the country and colonizing other regions. The opening of new major highways and governmental infrastructure projects directly affected the municipality of Lábrea, causing it to make the list of municipalities that are most deforested in Brazil.

A decline of the rubber industry left Lábrea with serious social and economic problems. This caused a sharp decrease in the population and a rise in land grabbing, deforestation, burning, the opening of illegal roads, logging, exploiting local populations and the installation of cattle farms.

Collaboration with the local community is essential

“To preserve the Amazon we must protect the communities living in it. This way we can work closely together to find ways to generate local income through a regenerative forest supply chain”.

Because of the ongoing degradation of the rainforest, local people in the area have lost faith in government officials and other parties. Allowing them to co-create a project that ensures income while also preserving forests would enable them to envision a future in the rainforest. Therefore, the overarching aim of the project is to establish their ownership of the forest’s resources as a tangible and valuable asset.

All decision-making processes will include local communities. As a means of empowerment, sustainable forest management practices can establish their control over the resources and function. We will have a positive long-term impact on the communities in the area if we can demonstrate the mutual benefits of maintaining forest standing and generating commodities for responsibly acting businesses.

With its location in the Amazon biome, the company who owns the land (Tivoli) intends to explore business opportunities that make it possible to maintain coverage and promote sustainable development in the region.

This project will give the forest an economic benefit by implementing sustainable management practices for resources that are already plentiful. Local people will be given income opportunities that will make life easier for them in the rainforest. This way of life becomes increasingly difficult to maintain as contact with the outside world grows. To ensure the value is added locally, the goods will be sold at a premium. Companies are given the opportunity to obtain high-quality, sustainably sourced produce on the off-take side. Additionally, we aim to sell the carbon credits of the entire forest to support the business case of the entire ecosystem.

There are around 60 people living within the property’s premises, divided in 6 communities: Camboa, Cajá-jurian, Goiaba, Jucia, Lagoa da Pedra e Matrinchan. The Fazenda Tivoli is in close proximity with several Indigenous Territories, almost sharing the border with two of them: the Paumari do Lago Marahã and the Caititu. The project plans to directly and indirectly benefit families in the area and in the region. This will be done through the exchanging of experiences and technical capacity building with a focus on best practices. We will also work to promote access to differentiated markets, connecting offtakers with producers and collectors from the surroundings. In addition, we will work with the community to improve the processing of products collected by communities, with increased production scale, and to add value and extend product shelf-life.

This project in the Amazon Biome is of critical importance to the rainforest’s health and the people who rely on it. Get a closer look at this beautiful, biodiverse project in this video produced by Cecília Saraiva.

Want to help preserve the rainforest? 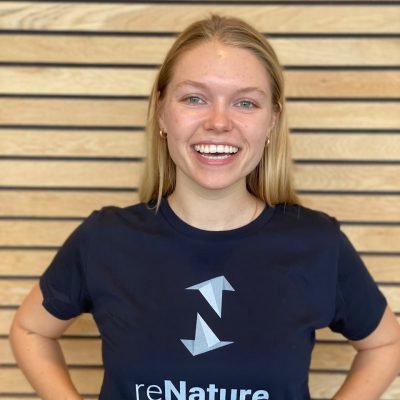 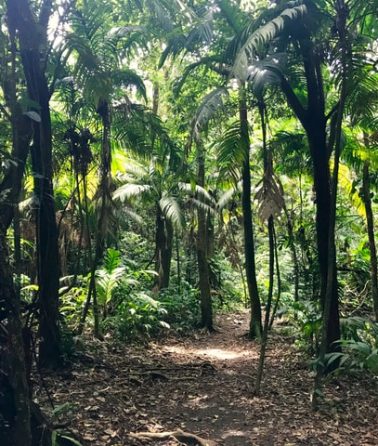