What’s the secret to a future-proof EU agriculture?

Historians point to the fertile crescent in the Near East as the birthplace of the agricultural revolution 11.000 years ago. Around 6.000 years later it swept across the old continent. Would it surprise you if I told you agroforestry as a practice is just as ancient?

In this post we will look at regenerative practices in Europe from the past and into the present. When it comes to combining trees and crops or livestock, the continent can be roughly divided into two locations: Northern Europe and the Mediterranean. We will highlight the story of a young European farmer in our network to showcase how the next generation can take responsibility for a future-proof agriculture.

Agroforestry history in the EU: a sustainable past

The agricultural revolution first made its way through Southern Europe to finally settle across the rest of Western Europe. It is said that the plains of the Iberian peninsula were home to simple agroforestry systems called the dehesas in 2.500BC already. The now famous porks of which jamon serrano is made are still cultivated this way: on vast landscapes with cork oaks surrounding them as far as the eyes can see. In the west of the peninsula, amounting to about 2M hectares, we still find this mixed system in use in Spain and Portugal.

The Mediterranean generally boasts a wider range of commercial trees and diverse crops. These mixed systems date back to pre-Roman times and survived to this very day. Further north in central Europe we find an equally famed agroforestry practice dating back to the middle ages: the German Hauberg. It was typically used in a communal forest management to produce bark and charcoal, where clear felled areas would find an agricultural use in producing rye or buckwheat.

The one area in which the Hauberg stood out compared to its contemporaries however was socio-economically: as early as in the 13th century the farmers formed cooperatives. By organising themselves in communities, supplies such as seeds, forks and other equipment were shared. Once the timber production cycle of 15-20 years was finished, agricultural crops were planted during the year in transition. In times with high mast, porks were kept in the Hauberg – a practice called pannage.

This form of production has been awarded the Intangible Cultural Heritage status by UNESCO. Local schools have restructured their curricula to keep this special land management practice alive. This form of ecological development is showcased with pride to this day in one of the most densely forested areas in the country.

Regions of Southern Europe on the other hand are uniquely positioned to shine the light of agroforestry brighter than their peers and excite young people. The inclusion of indigenous, technical knowledge in school curricula like in the Hauberg example could be an enabler. In Greece we find the greatest diversity of systems covering 23% of the country. Their pine and cypress forests provide honey and fuelwood. Goats in turn, graze the understory vegetation for the benefit of the trees. Other Mediterranean regions like the Segura river basin in Spain, boast a remarkable 60% of the territory cultivated in both silvoarable and silvopastoral systems.

In the remainder of the EU, mixed systems have declined rapidly due to policies geared towards  intense farming practices and increased mechanisation. This is not the only trend affecting agroforestry negatively in the present: in an EU agricultural outlook published by the commission we can expect a 30% decline in total workforce up until 2030 in the sector. This can be a blocker for systems described above as they are primarily people-based.

As countries develop economically, it has been shown the share of their agricultural workforce moves from 60% to less than 5%: a social problem that the EU recognises. Their eco-schemes in a post-2020 CAP proposal foresee funding for generational renewal and rural job creation. The goal here is to future-proof succession planning and avoid the drain of young people into urban areas. This decline has to be counteracted in the next decade in order to avoid abandonment as a main reason for degradation of the socio-economic and ecological value of agricultural regions.

The next generation of European farmers

When speaking to Marc Leiber, we have reason to be optimistic. Marc is the young farmer who started the Quinta das Abelhas project in Portugal, supported by reNature. We asked him to share his hopes, concerns and aspirations with us. After completing several apprenticeships with renegade farmer Ernst Götsch in Brazil, during which he “learned more in 4 days than in 3 years of his agricultural studies”, he relocated to Portugal on the lookout for a place he could turn into a fruitful home.

“As I came back from Brazil I studied the different plants in a temperate climate and transferred the knowledge into the European context wherever I could.”, Marc shared. When being asked for challenges related to this transition he mentioned: “In Brazil, you plant something once and it never stops growing. Here I plant in Autumn, the crops grow until spring, and then I have to re-insert plants into the already existing plantation as a response to the change in seasons.”

Nonetheless he follows the principles of syntropic agriculture as closely as he can, planting many species in high density. Pomegranates, kakis, almonds and olives grow together with over 80 other species: every couple of centimeters, one finds a new tree or shrub on Marc’s farm. Amongst them are also a variety of forestry species to fulfil ecological functions, like Eucalyptus to block wind and provide shade.

Ultimately, five models, each focused around a unique combination of cash crops will be created to produce the most efficient plantation system around them. Suitable offtakers for dried and fresh produce could be restaurants in the region offering their clients premium, local produce. Marc doesn’t shy away from challenge: “During my first year here I picked one of the most degraded areas of the farm to start working on. Today, not even one year later, it’s one of the most beautiful plots on my land.” It’s hard to miss the commitment and dedication he has to the profession and his land as Marc speaks about the long forest walks that made him decide to spend his life in Portugal.

Fluent in Portugese he can connect with his neighbours easily, already receiving consultancy requests from farmers around the region. During his first open field day over 40 visitors came to view one of the first test fields he planted. Since then over 300 visitors have been received. Education around syntropic farming and agroforestry will be one of the core activities to build and engage the network in the near future. “The bureaucracy sometimes makes it difficult”, Marc says when asked about whether the country’s policies are farmer-friendly. “Large producers and extractive practices are favored. Some of my permit requests are pending for years already”, he concludes, “Instead of looking at the human when something goes wrong, they blame the plants.”

Does Marc describe a uniquely Portuguese problem or does it extend to other European countries? We asked a member of our Science Team, Jonas Steinfeld, a PhD candidate at Wageningen University who studied the effects of policy both in and outside of the EU. “In Europe, policy is at the center of a farmer’s business with innumerable subsidies and regulations around it”, Jonas explains. “It has the potential to push forward this transition fast but many aspects are still contradicting.”

When asked if the EU could learn something from other countries, he draws from his experience in Brazil: “There are hardly any subsidies, but many more regulations when it comes to the conservation and protection of land. If you own 100ha of land in any biome, 20% must be reserved for conservation. In the Amazon it’s even as high as 80%. These reserves are designated Permanent Preservation Areas, and a European equivalent would lead to many farmers shaking their heads.” Ultimately, Jonas believes that while policy can be an enabling or hindering factor, the most important shift has to occur in farmer’s mindsets.

The examples above illustrate, however, that in any local context policy factors come into play which can discourage young farmers pioneering innovation. FAO cites legal frameworks often being a disincentive, due to which farmers can suffer arbitrary penalties. To this day no more than 200 trees per hectare are allowed on agricultural land, irrespective of their age. This number used to be much smaller, capped at 50. Nonetheless, a paradox is created: when evaluating land, monetary value is destroyed by planting trees while ecological value is increased.

This contradiction can only be solved by the creation of the right incentives and subsidies within the individual member states of the EU. Are larger, consolidated producers favoured EU-wide? While it is true that the handout of subsidies sparked debates because the majority of aid went to only 20% of the larger scale farms, the CAP strategy post-2020 provides some adjustments. No longer are the direct income-supporting subsidies based exclusively on the size of the farm in hectares.

Now, the commission recognises the need to “prioritise small and medium-sized farms and encourage young farmers to join the profession.” This includes a fairer distribution across farms due to capping of the amount at €100.000 and a designated budget of 2% per EU country for young farmers. Not all feedback to the proposed adjustments was clearly positive. According to some members of the European Parliament the biggest lack of proactivity concerns the areas of climate, animal welfare and the environment. Bas Eickhout, VP of the environment, health and food safety committee calls out his colleagues as “wilfully ignorant” to the scale of the problem.

This is contrasted by the widely communicated goal of full carbon-neutrality in the EU by 2050. Agroforestry’s role in this gargantuan task is undeniable: both trees and soil store significantly more carbon compared to conventional practice. It remains to be seen if carbon pricing initiatives similar to the CFI in Australia, could incentivise farmers to transition. In November 2020 a study around EU-based Carbon Farming Schemes is being concluded with hopes of providing recommendations to be taken into account in future CAP revisions. These free-market mechanisms can compensate farmers based on results and might be part of the secret to involve more young, ambitious farmers into the sector.

Are you a young farmer in Europe wanting to join us in creating future-proof jobs on your farm? 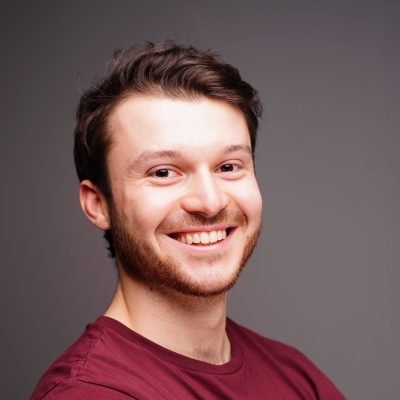