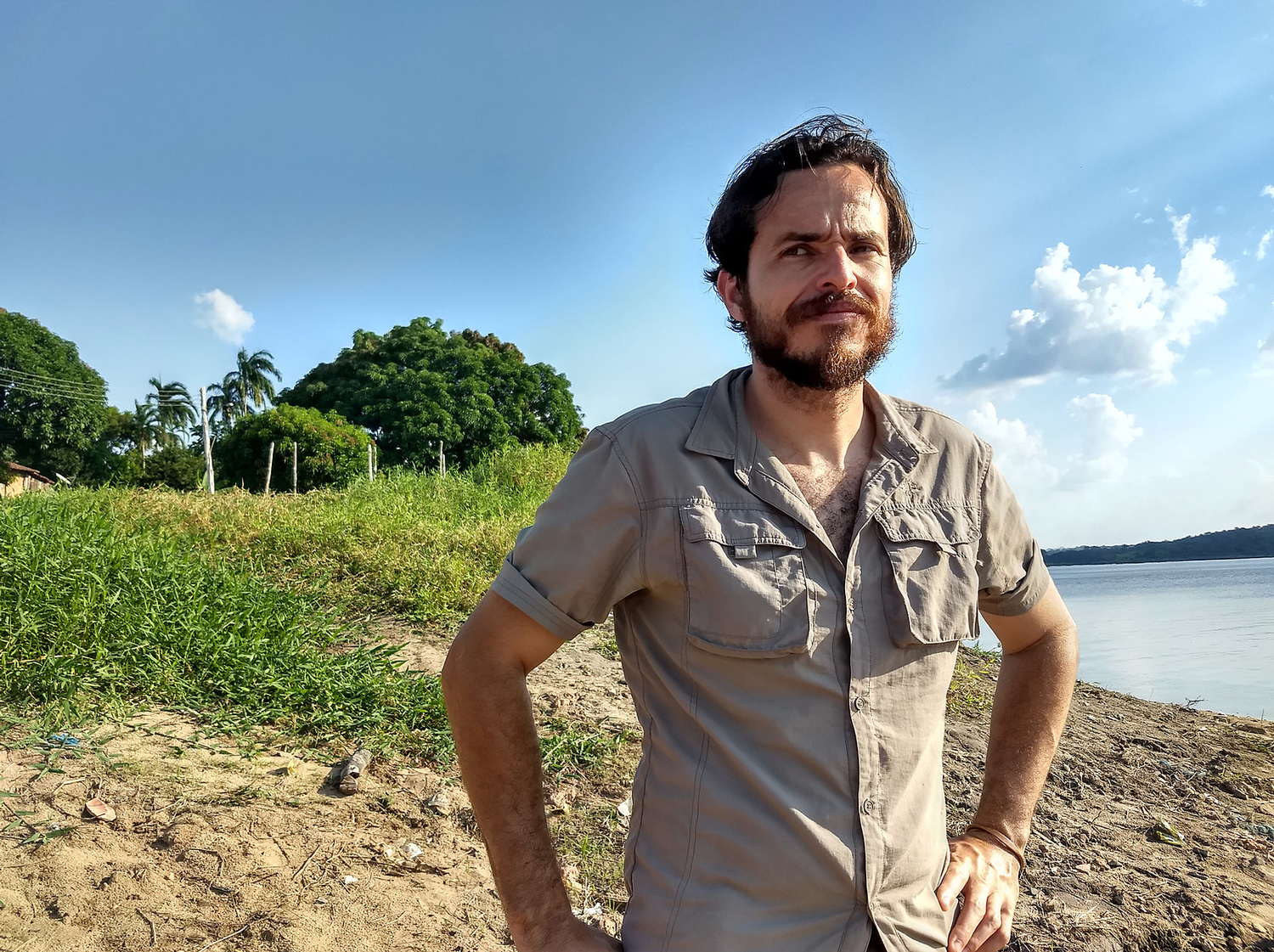 Preta Terra; our Experts of the Bangka White pepper system

Valter developed his master’s thesis in Zambia, working with local indigenous knowledge and applying systematized solutions to foster the success of sustainable projects. He has more than 10 years of agroforestry experience, including project management and coordination, forest inventories and monitoring.

Paula is a specialist in agroforestry systems and silviculture. She worked in the coordination of the field teams and in the development of research and innovation in agroforestry production systems.

Let’s hear what they have to say about agroforestry, soil, and the designed white pepper agroforestry system for Verstegen Spices.

What are the benefits of agroforestry for the soil and environment?

Absolutely everything changes when you have a forest-like environment instead of a monoculture. Everything turns back to be reasonable and balanced when trees are applied to crop systems – climate and soil nutrients are regulated and the whole micro process start a chain event which leads to macro events.

What are the benefits of agroforestry for the quality of the final product?

It’s better explained in the answers below, but basically, besides the fact of having a naturally clean product, a process such as trophobiosis bring along intrinsic meta-nutrients which are far from being well understood by simple nutrients bromatological analysis.

Its social benefits of agroforestry are countless. Besides all well-known outcomes, a real systematic approach such the one Preta Terra uses and promotes reaches to long-term indirect social benefits that have impacts within the whole community (even the ones not doing agroforestry directly). In the projects we carried out in Northern Brazil we basically changed the whole economy of villages creating an informal NTFP market which basically doubled the income of farmers and villagers in less than one year. 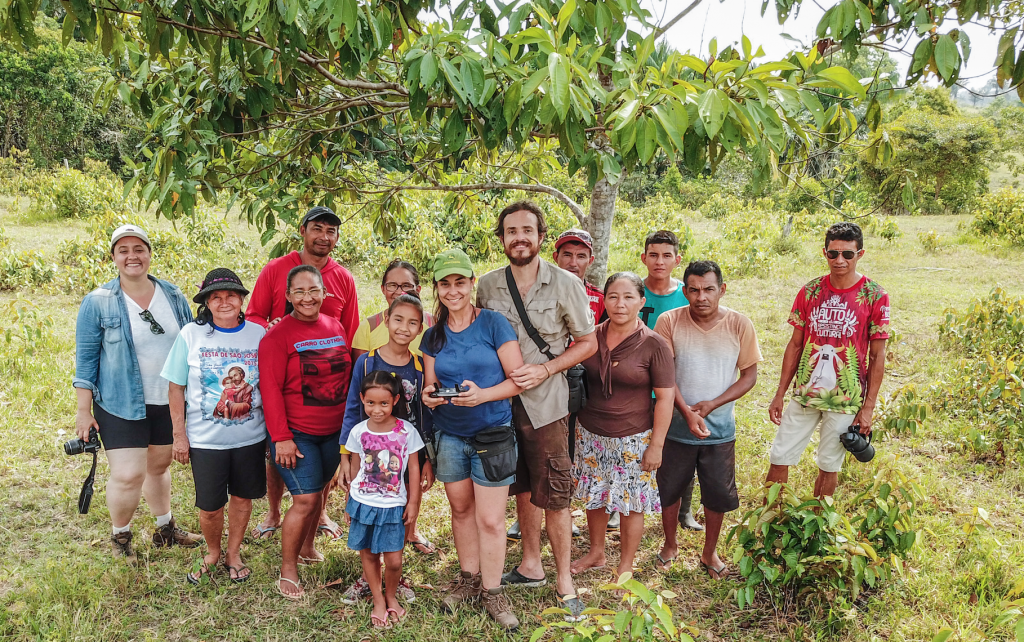 What is your motivation and inspiration to become AF experts?

Valter: I’ve lived in interaction with Nature since I was very young, always camping and fishing, living almost all the time in the countryside. My parents knew how to live out of the land in the very deepest meaning of that. I have learned how to grow, hunt and cook my own food at a very early age – after that, I knew I had to study in a field where I could keep, but also alter nature in pro of Earth and humans at once! That was what lead me to my career. I became a technical agronomist in High School, then a Forestry Engineer in college and later a proper agroforestry scientist during my MSc. in Agroforestry in Bangor University, developing my master’s thesis in Zambia, working with local indigenous knowledge and applying systematized solutions to foster the success of sustainable projects. By now, I have over 15 years of agroforestry experience, including project management and coordination, forest inventories and monitoring, timber and NTFP classification in Amazon.

Extensive experience in rural economy and sustainable development models, with international experience (UNDP and FAO) in management and leadership positions. Besides, I have traveled as a volunteer for over 5 years, mainly in Africa and Asia and Eastern Europe, traveling through over 80 countries. I also coordinated research projects, helping to consolidate a pole of excellence in innovation in production processes and large-scale agroforestry projects in one of the most audacious initiatives in Brazil, called Fazenda da Toca – we are still partners in research and development. I keep being enthusiastic about transparency, sharing, empowerment, and collaboration between people; that what moves me.

Paula: Passionate about nature and forest since an early age, I always pursued to understand the process, which rules environmental interconnections. First traveling as a volunteer to the deepest sites of Amazon forest, living with small-holder farmers and indigenous people for a long while, until finally understand that a whole prospect would only be achieved through long-term academic studies. In this very point, I decided to start my BSc. in Biology. 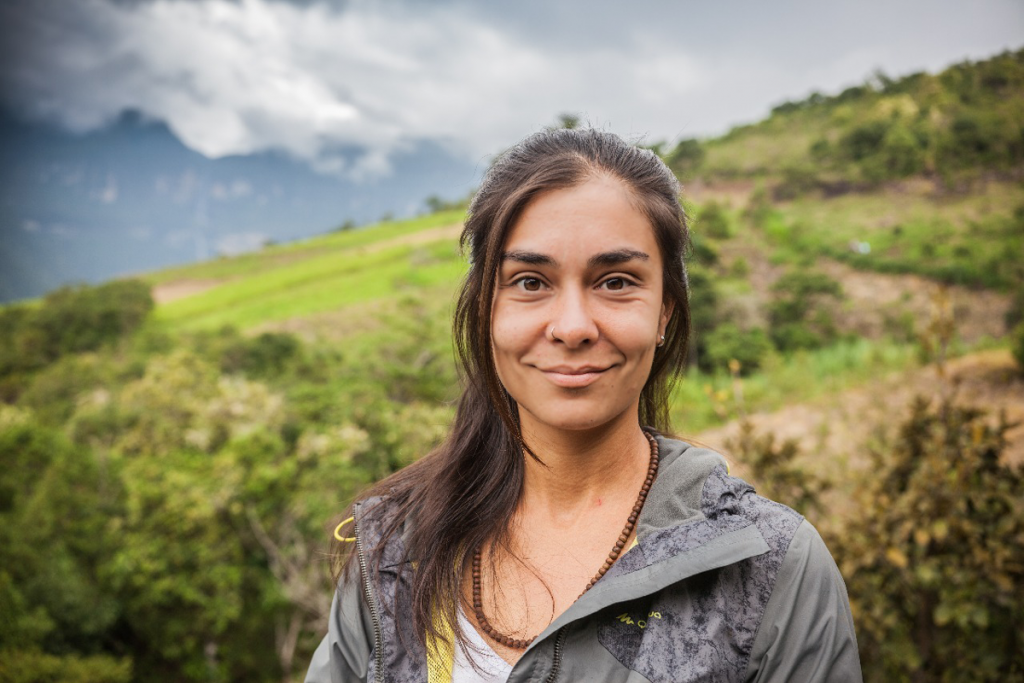 Working pretty much with forest and ecosystem restorations, during and after my bachelor, I finally understood that what would really be necessary to change the environment I was leaving in, was starting working with forestry management, thus being able to alter systems in a ecological and conservative way – at this point I decided to undertake my second degree – studying Forestry Engineering. The Brazilian Society of Forestry awarded me in 2016. Passionate about the forest and complex production systems, I became a specialist in agroforestry systems and silviculture. Since then, I’ve worked in the coordination of the field teams and in the development of research and innovation in agroforestry production systems. Overall, I developed projects of forest restoration in several approaches and methods, horticulture, and fruit culture. As an agroforestry specialist, I took part in extension projects and technical assistance with smallholder farmers and sustainable communities in the forests of Northern Brazil. I have extensive experience in facilitating training courses and practical workshops on regenerative production systems. I was also the coordinator of the research and extension group on agroforestry systems at the University of Sao Paulo.

What challenges and specificities in terms of local climate, soil, native plants and synergies between species you can foresee that you may find in Indonesia?

With Preta Terra, we have worked already pretty much in all continents and in very, very harsh conditions. We are intrinsically biologists and plant taxonomists and physiologists – just in Amazon, we have classified over 1,000 tree species and basically, we understand how botanic families converse among themselves and how they match and engage in a cooperation process with every system we design – Indonesia will be one more successful design!

When creating the supportive synergy among plants for each project, and in this case to grow, white pepper, what do you have to consider?

We consider every single characteristic of agroforestry systems compositions and interactions, which has already been studied by the most capable forestry scientists in the World, like Nair Ramachandram and others. In-depth, we consider strata, succession and roots interaction along with soil chemical and structural data – these components will be filtered through climate information layers. That’s the very first step of components interactions; for black pepper, it’s pretty much the same. 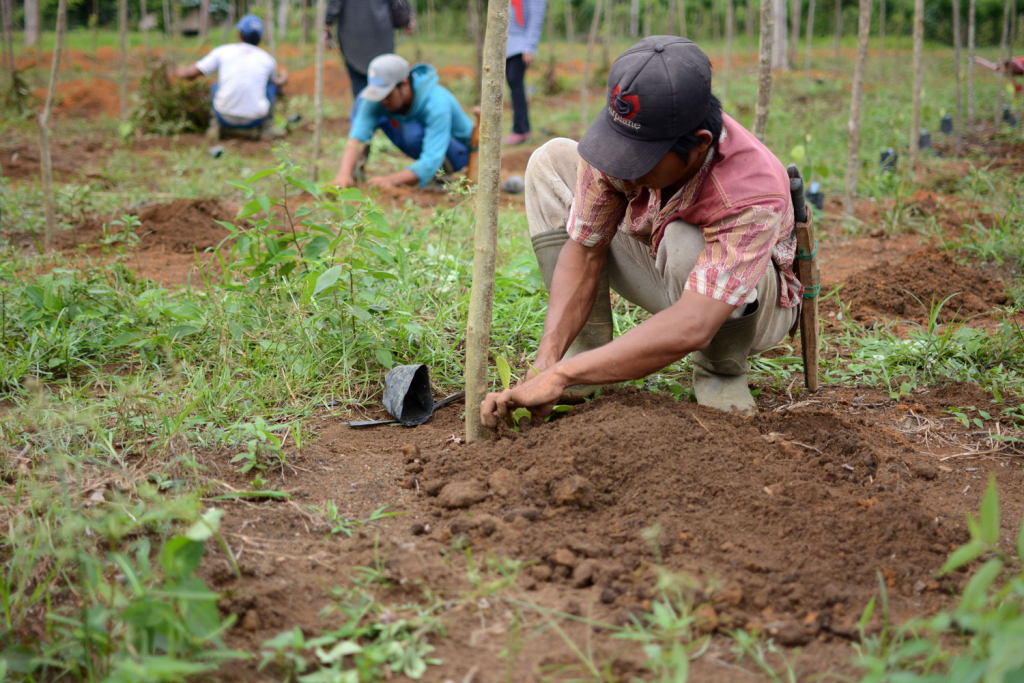 What other things can a white pepper forest provide?

Since 2001 we have followed and learned from the principles of what after would become syntropy and from that (and many other practices) we decided to use a more practical, holistic and realistic approach. Thus, it hasn’t to be necessarily syntropic, it a particularity of any agroforestry complex system, which also applies to the black pepper. We are not talking about a syntropic model, we are talking about complex interactions deeply embedded in agroforestry systems since the very dawn of agriculture – emulating ecological process into human interests (for food and / or ecosystem services) a black pepper (we have to call it black pepper because we are addressing piper nigrum, which in this very ethnological essence has got “nigrum” within the name – being “white” only part of the process but not of the plant itself) agroforestry would bear and encompass all kind of fruits, timber and short-term crops as any other system, actually, being a climber plant, makes black pepper a wild card in the system, being placed together with an alive pole which already plays the service tree role, both occupying the very same space, horizontal and vertically.

How is black and white pepper produced? Is it the same plant?

Yes, it’s the same plant! The difference between black and white pepper relies also on the process. White pepper is made from almost ripe fruits, soaked to soften and ferment the outer layer, which after is removed manually, and then dried in the sun.

In terms of nutritional qualities, we know that wild plants gathered in Nature are usually more intense in flavors and nutrients than when cultivated through traditional agricultural models. By observing the syntropic model and the associations between the plants involved to create the forest, could we expect the production to have enhanced flavors?

Again, I might emphasize that it’s a particularity of a complex agroforestry model, instead of other names, but yes, that’s completely right! Before human selection, the plants generally guards and retains flavors, which we might end up restraint during the thousand years artificial selection processes. Knowing that we understand that rescuing savage and ancestral strains will help to regain particular scents and flavors already ignored or lost. Besides the actual fact of using old original varieties, agroforestry mimetic systems are believed to be able to endure low energy nuclear transmutation throughout the soil biota – thus, trophobiosis process starts to provide the real essence of life for every component of the system.

As much as we would like to turn every single product in the world free of pesticides, agroforestry keeps being a complex interaction model, but not intrinsically organic, there are hundreds of models with a variety of thousands of management systems already in place all over the world, some organic, some not.

What are you most excited about the Bangka White pepper project?

I believe that what moves us forward is making agroforestry possible for all areas and stakeholders, in that way, being able to convey the principles we have acquired and improved in Amazon Basin (Brazil, Peru, and Venezuela) to the Indonesian forests is probably the most exciting modern knowledge trade we can foresee.

We hope to develop a new system of local knowledge acquiring and process, based on our extensive previous work in Laos and prototype a new tool, which will be triangulated with indigenous knowledge in Brazil.

What is Preta Terra’s next project?

We have several implementations to carry out in Northern Brazil and after we are heading to an amazing agroforestry odyssey in a remote island in Patagonia!

This September, Valter and Paula will be giving an Agroforestry Course in. Bangka Indonesia. The 7 day course will include: field experience with agroforestry, visits to pepper farms, and a three-day workshop by Valter and Paula.

Interested in following the course? Pre-register now and we will send you the information.